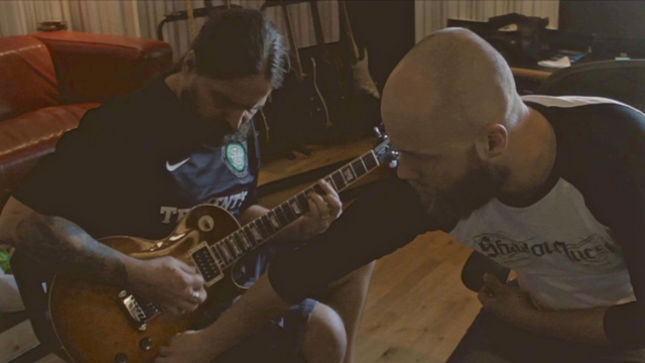 Watch the first three parts of the studio diary below:

Sepultura recently released the video below, in which they offer info about the upcoming album, the follow-up to their 2013 album The Mediator Between Head And Hands Must Be The Heart, scheduled for a fall release via Nuclear Blast.

Updates to follow. In the meantime, check out photos from the sessions at this location.

In early 2017, German thrash giants Kreator will tour Europe in support of their upcoming, yet untitled new record. Legendary guitarist/singer Mille Petrozza and his crew will be accompanied by a varied as well as iconic billing. Brazilian-American extreme metal pioneers Sepultura are announced to be direct support to the headliners, followed by visionary Swedish melodic death metallers Soilwork and Belgium’s finest death/grind outfit, Aborted.