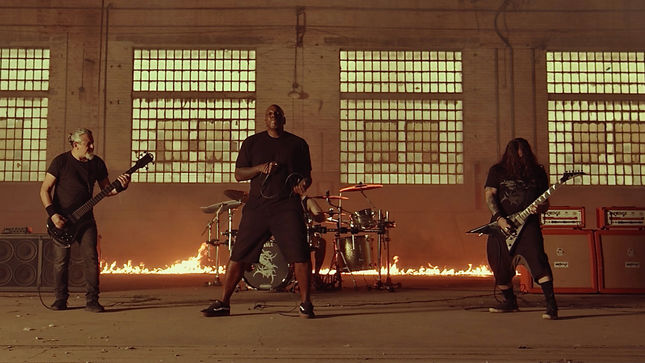 Sepultura's SepulQuarta ends 2020 with a boom: This Saturday, December 19, the thrash metal force will welcome Frédéric Leclerq (Kreator) and Marcello Pompeu (Korzus) to their round. Together, they will perform "Slaves Of Pain" from Sepultura's Beneath The Remains album (1989) and answer fan questions in a last Q&A round.

Andreas Kisser states: "This Saturday we'll jam 'Slaves of Pain' with Frédéric Leclercq and Marcello Pompeu. Frédéric Leclercq is a musician, composer and producer, known for his work in Kreator, Sinsaenum, Loudblast and the Vamacara Studio. He's also a former member of Dragonforce. Marcello Pompeu is also a producer and the frontman for the legendary Brazilian thrash metal band Korzus. In the last live Q&A of the year, we will bring together the four members of Sepultura to chat about the band's next steps in 2021."

Join this Saturday for SepulQuarta, which will start at 9 PM, CET / 5 PM, Brazilian time and noon, PST here.

The story of Sepultura, and the most important metal festival in Brazil, Rock In Rio, is getting a new chapter: Next year, the band will play an outstanding show on the festival's opening day and join forces with the Orquestra Sinfonica for a special selection of songs. The Orquestra Sinfonica Brasileira is one of the country's foremost orchestras and plays an important role in the cultural life of Brazil.

Having released their 2013's performance with French percussion group Les Tambours De Bronx as live album and having premiered the first single, "Isolation", from their latest album Quadra in 2019, Sepultura are ready to deliver once again an outstanding performance in Rio 2021.

Andreas Kisser states: "We’re very happy and honored to be part of Rock In Rio once again, especially now to open the first day of the festival, the Heavy Metal Day, with the Orquestra Sinfonica from Brazil. The biggest orchestra in Brazil and the most powerful. We got a very special set list with Sepultura songs, with songs from classical composer and we will perform the 'Ludwig Van' song that we recorded on the A-Lex album live. It is a fantastic opportunity to do a unique show again on Rock in Rio and we cannot wait to see you all on stage!"