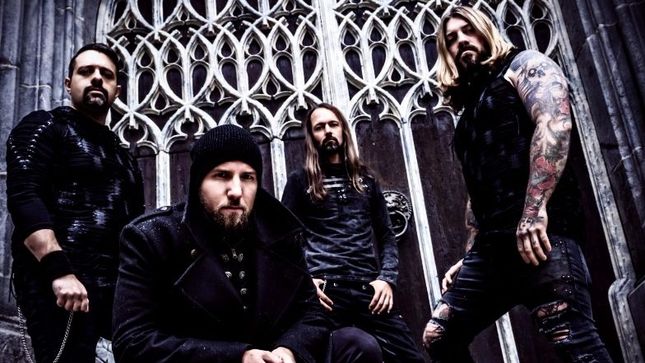 Symphonic metal masters, Serenity, have released their new single, “Set The World On Fire”, along with an official music video, which takes the listener to the age of the Holy Roman Empire of The Last Knight, Maximilian I.

“Whoever prepares no memorial for himself during his lifetime has none after his death and is forgotten along with the sound of the bell that tolls his passing” - Maximilian I.

“Set The World On Fire” follows in the Emperor’s footsteps, building a memorial with a thrilling story of times long ago, catchy melodies and an unprecedented spectrum of sound that will inspire fans to listen over and over again. The full-sounding guitar-riffs of Chris Hermsdörfer (git. Beyond The Black) and the impressive voice of frontman Georg complete the song to a true revelation. Serenity unmistakably announces that a new Empire has just begun.

The video for “Set The World On Fire” can be found below.

Serenity will release their seventh studio album, The Last Knight, on January 31 via Napalm Records and details the life of the Holy Roman Emperor Maximilian I. Building on that story, they’ve created a historical, musical concept never seen before. They have captivated their fans and audiences for nearly two decades, and they’re showing no signs of stopping.

For years, the band has been a prime example of epic symphonic and melodic metal, showcasing both distinct heaviness and a lot of heart. Now they’re pushing it to the next level. Serenity has redefined themselves without forgetting their musical roots, becoming a worthy successor for Maximilian’s legacy, ready to conquer the world! Be a part of their grand quest.

"Set The World On Fire" video: