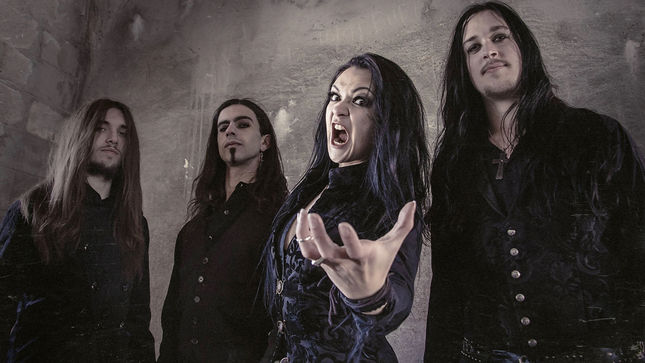 American symphonic metal force, Seven Spires, have released a new video for "The Paradox", another exciting song off their upcoming concept album, Solveig. Watch the video below.

This song marks the first step towards the resolution of the storyline's dramatic tension. The cabaret's lights are now subdued and the master of the house is preparing to speak, knowing that her confession may tear her bewitching mask apart.

Frontwoman Adrienne Cowan, whose singing perfectly embodies this character in turmoil on this growl-driven track, goes further into detail: "At this point in the story, we learn some of the Demon's rather unfortunate past, as well as some weary and profound bitterness harbored towards her prison, the decadent Underworld that she rules."

Jack Kosto, Seven Spires' chief shredder, adds: “”The Paradox” is definitely one of the heavier songs on Solveig, and it really showcases Adrienne's ability to seamlessly blend super brutal extreme vocal techniques with her signature power metal belting. The instrumental parts are more technical here and very black metal-influenced, and the orchestra is just as massive and intense, making it a blast for us to perform live as well!"

On “The Paradox", Seven Spires display their full firepower and reveal their darkest side. Baring fangs, the mighty Cowan/Kosto duo teams up in a fight for long-forgotten emotions. Are you ready to join in?

With its new theatrical piece, Solveig, Seven Spires is about to pull off a major coup in the ever-growing symphonic metal scene. This debut album, which is to be released worldwide on August 4th via SAOL, indeed succeeds in establishing as of now the four-piece orchestra as an essential figure of tomorrow's extreme soundscape.

Fans can get their hands on special versions of the album with all sorts of exclusive perks by taking part in the Seven Spires' Go Fund Me campaign.

The wide stylistic range embraced by Seven Spires' art of musical storytelling relentlessly attests of the outstanding abilities of the band's members. Going astray from melancholic power metal to melodic death metal with fierce forays into black metal, the quartet's versatility never fails to make a deep impression on the listener. Their signature blend of melody, theatrics and high-caliber musicianship is tastefully bittersweet, chaotic at times and comforting at others.

Solveig tells the story of a lost soul and his journey through a Demon's sunless neo-victorian underworld. Despite small glimmers of hope, it is a grim tale with a heavy focus on escapism, death and decadence. The love for Romantic composers and epic film scores the four young graduates/students of the prestigious Berklee College of Music have shows in their ambitious and emotionally moving dramatic vision.

Frontwoman Adrienne Cowan leads the band with an iron will and a golden voice. She employs a combination of her classical training and self-taught extreme vocal techniques to "deliver every bit of recorded promise live". Therefore, the strict operatic singing that is often found in the symphonic corner of metal is more of a spice than a staple for Seven Spires.

The band ventured to Gate Studios in Wolfsburg, Germany to put the finishing touches to Solveig in the company of the illustrious Sascha Paeth (Avantasia, Kamelot, Rhapsody), who stated that Seven Spires is "one of the few new real personalities in metal". As a matter of fact, a band that has been sharing the stage with big names such as Arch Enemy, Amaranthe and Apocalyptica - among many others - in its first three years of existence has to be taken seriously in the challenging environment of the current metal scene. 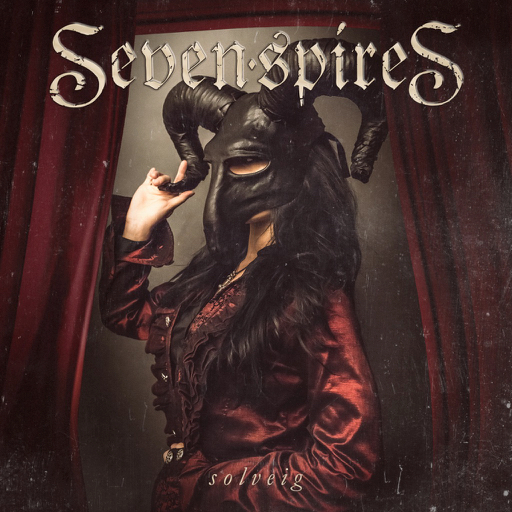 “The Cabaret Of Dreams” video: