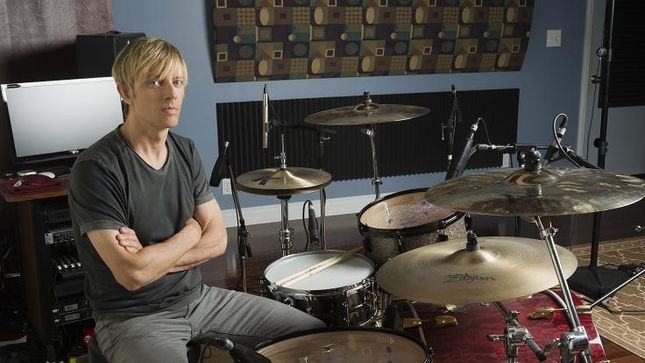 Following on the heels of the 2014 "Tales From A Fantastic Lumbar" single, a collaboration between Gaalaas, keyboardist Peter Fernandes and noted bassist Ric Fierabracci, "Silverstrand Sedation" is an entirely self-contained affair with Gaalaas handling all instruments in addition to engineering and production duties.

Says Gaalaas: “"Tales From A Fantastic Lumbar" was a great fusion exploration - "Silverstrand Station" is a totally different animal altogether. The foundation is this dark, heavy industrial rock groove which is in stark contrast to the almost ethereal vibe of the song. There's some cool layering going on, everything from synths, piano, voicings and funky, spaced out guitars. And, there's a little bit of an influence from my dad as he played a lot of Strauss Waltzes on the piano when I was a kid."

The song is streaming below, as well as a drum play-through version:

Gaalaas' most recent solo album, Ascend, is available for download at iTunes and other digital outlets following its initial release on CD via Zain Records in Japan. The record contains six originals along with an English language re-interpretation of the B'z song "Brotherhood", the Japanese superstars Gaalaas has been touring and recording for the past decade.