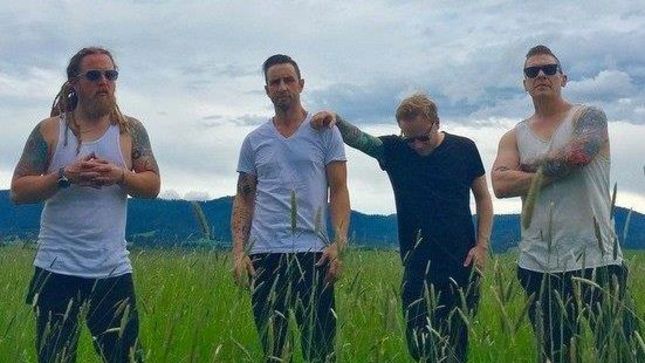 The new Shinedown album Threat To Survival‬ won't arrive until September 18th, but the next piece of the puzzle is here now. Check out the new song "Black Cadillac".

Threat To Survival pre-orders can be placed now via iTunes, Apple Music, or the Amazon widget below. Check out the tracklisting and cover art below:

"Asking For It"
"Cut The Cord"
"State Of My Head"
"Outcast"
"How Did You Love?"
"It All Adds Up"
"Oblivion"
"Dangerous"
"Thick As Thieves"
"Black Cadillac"
"Misfits"

Previously, Shinedown issued a video for "Cut The Cord", which can be seen below. Frontman Brent Smith explains: “’Cut The Cord’ is a wakeup call reminding us all that we can control our own destiny by finding the courage and tenacity to destroy whatever it is that’s holding us back. The process may not be pretty or perfect or even easy, but absolutely necessary.The song is brutally honest and unapologetic, which is what Shinedown has always been. We really wanted the video to match the intensity of the song.  We’ve worked with [director] Darren Doane on several of our videos so there’s a real trust between us and it only took a few takes. Honestly, I don’t think we could have done too many more – we gave it everything we had, literally playing so hard that it physically hurt.”