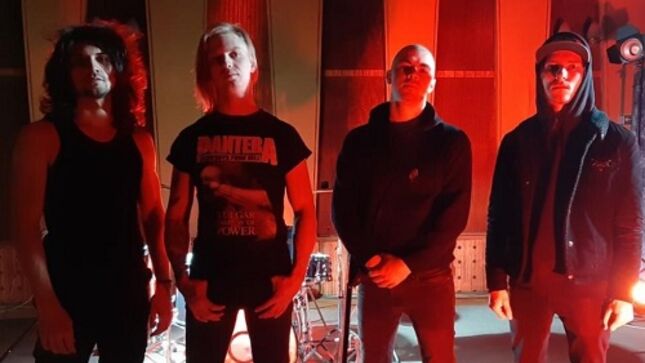 Siberian metal collective Millstone have released the official video for their new single "Everything Is As It Should Be". The track is taken from the forthcoming album, Isle, due out on May 15th.

Isle falls under the groove/death metal umbrella, with melodic solos, varied rhythms and a "wall-of-sound" density. Each of the nine tracks carries its own unique mood; from acoustic sketches to bottom-heavy Meshuggah-esque passages, along with a lethal dose of straightforward classic thrash.

Isle was written by Millstone mastermind Ivan Scherbakov and produced by Vladimir Lehtinen (Second To Sun, Ultar, Grima). Isle is a concept album based on the sci-fi novel The Inhabited Island, by Arkady and Boris Strugatsky.

"Turned Inside Out" video: