SLADE - All The World Is A Stage CD Box Set To Feature Three Unreleased Live Albums; Now Available For Pre-Order 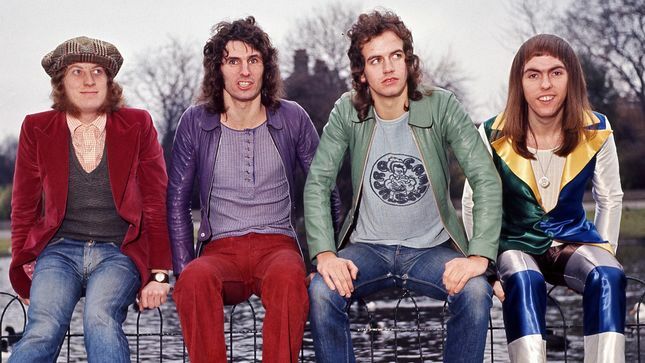 According to Planet Rock, rock legends Slade will release their 5 CD live box set, All The World Is A Stage, via BMG on Friday, September 9th, 2022. The set consists of five separate Slade live performances between 1972 and 1981.

The CD box set boasts Slade’s seminal 1972 live album, Slade Alive!, and 1982’s Slade On Stage, together with three live records that have never been released before. Alongside the 58 songs capturing Slade in their imperious live glory, the collection also features a 16-page booklet. 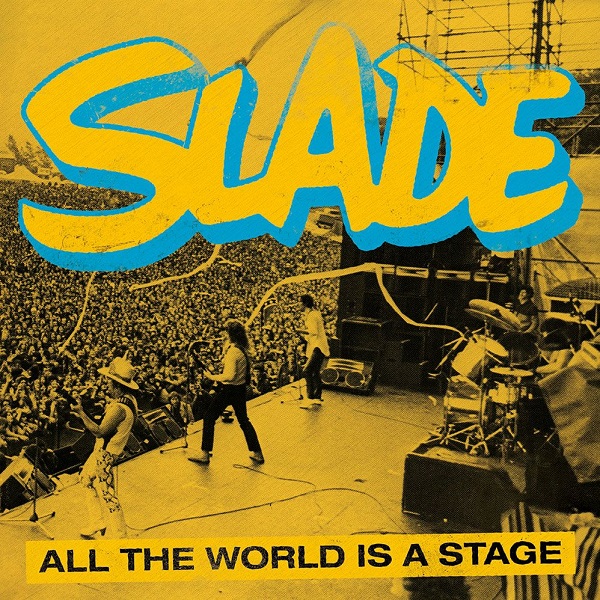 The trio of previously unreleased live shows are as follows:

Live At The New Victoria:

Recorded on April 24 1975, the album captures the band before they went around the UK to promote their feature film, In Flame. Heard officially for the first time, it now presents a fitting snapshot of the group’s powerful live performances.

Recorded on June 26 1980, shows the band unwilling to trade exclusively on their past with songs featured from their new studio album at the time ‘We’ll Bring The House Down’, along with classics ‘Take Me Bak ’Ome’, ‘Gudbuy T’Jane’, ‘Everyday’ and the perennial ‘Mercy Xmas Everybody’.

The third unreleased full live set, captures the band delivering a sensational live performance to over 80,000 people at Reading Festival in 1980. As last-minute replacements for Ozzy Osbourne, few knew they were going to be performing but their sensational set was the highlight of the festival and led to Slade enjoying a renaissance in the eighties.

The box set is available for pre-order ‘All The World Is A Stage’ here.

For complete details go to  this location. 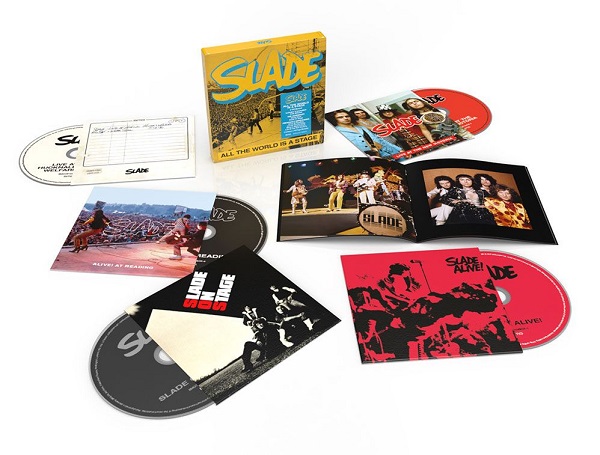