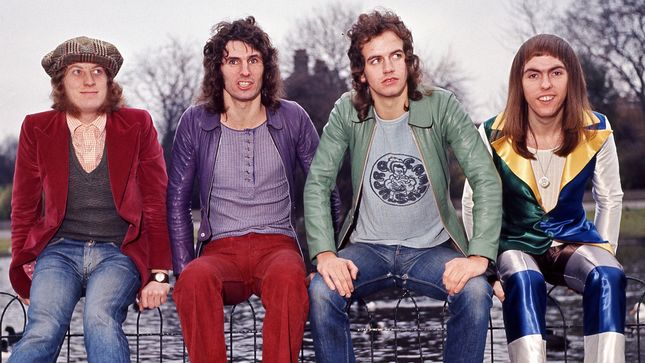 On December 4, BMG will digitally release Slade’s Crackers, the ultimate Christmas party album, to put everyone in the festive spirit.

Formed in Wolverhampton in 1966, Slade's chart career spanned 3 decades. Slade were unstoppable throughout the seventies becoming one of Europe's biggest bands, releasing six smash hit albums, including three #1s, and their hit singles are synonymous with the era. The sensational songwriting partnership of Noddy Holder and Jim Lea provided a soundtrack to the Glam Generation and with a run of 17 consecutive Top 20 singles between 1971 and 1976, no other act of the period experienced such success.

In the Eighties, Slade enjoyed a renaissance, buoyed by a spectacular appearance at the Reading Festival in 1980, their hits included “My Oh My”, which reached #2 in 1983 and a year later with “Run Run Away”, cementing their legacy as one of the UK’s greatest bands.

Slade’s Crackers is the most joyously raucous, loud and singalong release you will hear this Christmas.