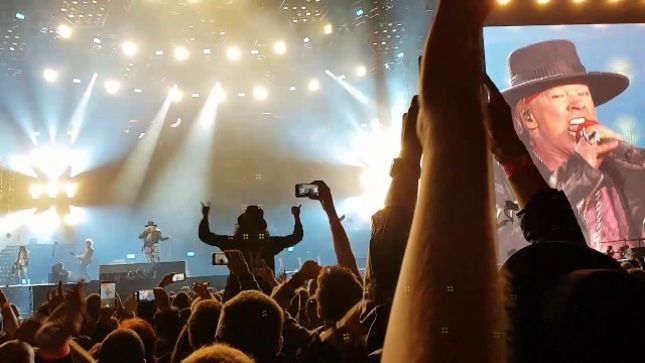 During an interview with Chile's Futuro 88.9 FM, guitar icon Slash revealed that Guns N' Roses will be returning to the road later this year, albeit briefly.

Slash: "After South America (with The Conspirators), we go straight to Europe and do the festivals over there. And then from Europe, we go back to the States and Canada and do our first Canadian tour, plus some US dates, and that goes until August. And then after that, I'm gonna hook up with Guns N' Roses. Guns N' Roses has a small tour in October, and then... there's been so much talk about this (new) Guns N' Roses record, which we haven't actually done anything with, so we're gonna sort of focus on that. And then The Conspirators will be (regrouping) some time coming up, depending on what Guns N' Roses is doing, but I've already started putting together material for the new Conspirators record."

Check out snippets from the interview on the Futuro 88.9 FM page here.

Guns N’ Roses are the first act to be announced for the return of Louder Than Life. This year the festival will be headed to its new home at the Highland Festival Grounds At KY Expo Center on Friday, September 27, Saturday, September 28 and Sunday, September 29.

This will mark the debut of the Guns N’ Roses lineup at the Louder Than Life festival and is the first appearance for the rock giants since performing in Hawaii in December 2018 in association with the Andy Irons Foundation. Sending fans into a frenzy since the Not In This Lifetime Tour kickoff in 2016, Guns N’ Roses has the number 2 highest grossing tour of all time, and has performed an astounding 150+ shows for over 5 million fans to date in stadiums, arenas and as part of festivals worldwide.

"There are only a handful of bands through the years whose music not only resonates with fans, but changes the entire face of rock ‘n' roll. Guns N' Roses is one of those true icons,” says festival producer Danny Wimmer. “Every year we want to come back bigger and better, and we can't wait to welcome Axl, Slash, Duff and the rest of GN'R to the Louder Than Life stage." 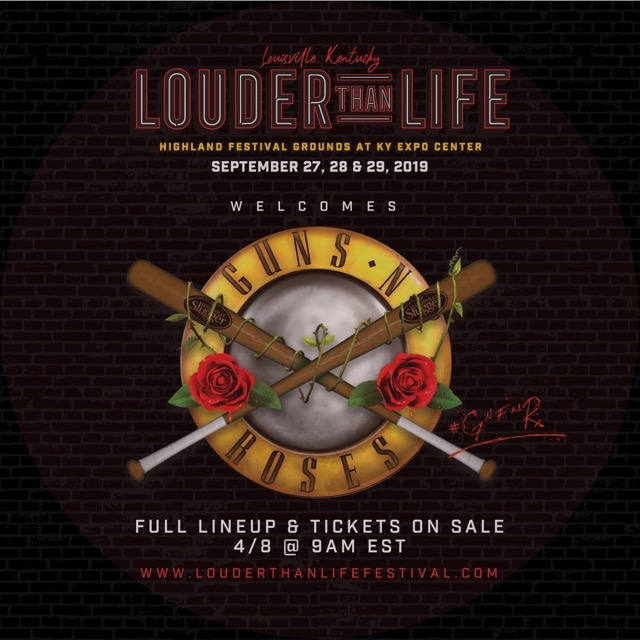 The full Louder Than Life lineup will be announced today (Monday, April 8th). Tickets go on sale at 9 AM, ET at the following price levels: