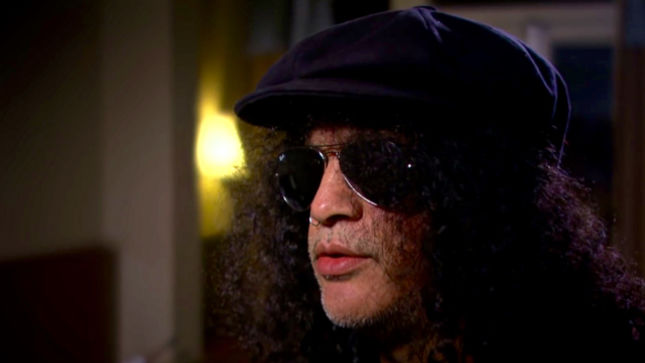 A first video trailer has been released for Father Of Loud, a new full-length rockumentary.

“The Marshall Amp is one of the most recognized amplifiers in the world. Known for the deep, 'crunch' sound. Together with great international guitar players, we try to figure out how Marshall changed their sound and their perspective on rock and roll.”

Jim Marshalls's ascent into the history books as ‘the Father of Loud’ and the man responsible for the 'Sound of Rock’ is a true rags to riches tale. Born in London, England, on July 29th, 1923.

In 1960 Jim opened a drum shop which soon became a popular haunt for the up and coming rock bands of the time. “All the drummers used to bring their groups in with them, which is how I got to meet guitarists like Pete (Townsend) and Ritchie (Blackmore).” Jim recollected. “They kept pestering me to stock guitars and amps so I decided to give it a go.” He quickly became aware of the fact his guitar playing customers were all searching for a sound they just couldn’t get from the amps available at the time.

After five 'close but no cigar' attempts, the first Marshall head was built in September 1962. Prototype six became the first Marshall and it was placed in the shop window in September 1962. It was named the JTM45 - JTM being an acronym for Jim & Terry Marshall, Terry being Jim’s son. This game changing, all-valve head produced 30 Watts of clean power. The JTM45 was an instant hit due to its aggressive but musical tone, in fact twenty three orders were taken on the very first day it was put out.