SLASH - No Prenup With Wife Who Is Seeking 50% Of Assets 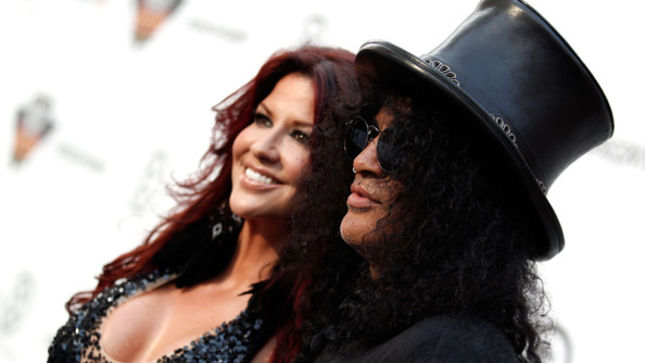 Following the recent news that Guns N’ Roses/Velevet Revolver guitar legend Slash has filed for divorce from his wife, Perla Ferrar after 13 years of marriage, TMZ are saying he didn't have a prenuptial agreement.

Sources close to Perla Ferrar tell TMZ she's already hired a lawyer to figure out exactly how much money Slash has earned since their 2001 marriage, including assessing real property, album sales and other assets.

Perla believes he's made tens of millions of dollars since they married, and she's entitled to 50%. Slash has released five albums since they wed, including Velvet Revolver debut (Contraband) that has sold four million copies worldwide.