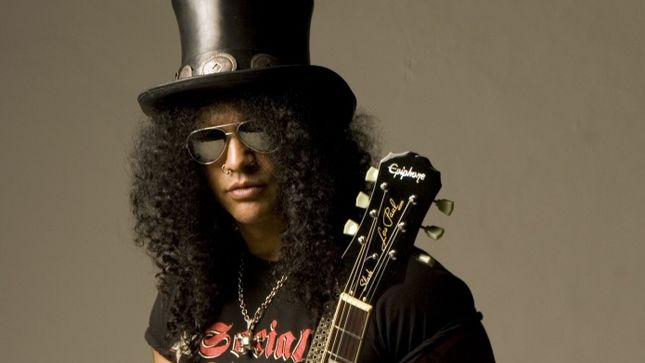 Former Guns N’ Roses guitarist Slash has confirmed that he has reconnected with the band’s lead singer Axl Rose. Slash was making a special appearance on August 21 for a launch event for the Marshall London phone in Sweden and Aftonbladet TV commented that they heard him and Rose were friends again.

Slash responded by saying, “"It was probably way overdue, you know. But it's…. you know, it's very cool at this point. You know, let some of that, sort of, negative… dispel some of that negative stuff that was going on for so long."

Asked if this could lead to a reunion of the classic Guns N’ Roses lineup, Slash said “Oh, I couldn't answer that one, though…all right, let's get off the subject, 'cause, you know, that's an old one."