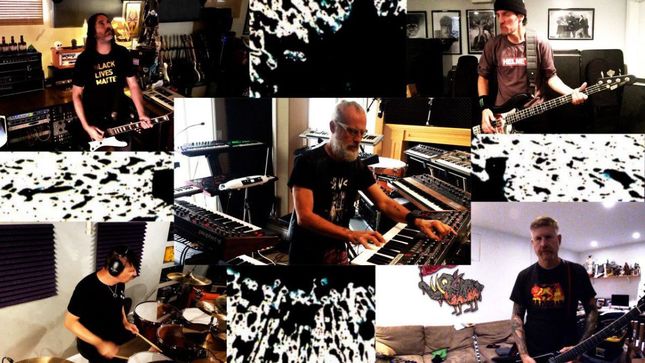 Slaves On Dope’s Jason Rockman and Kevin Jardine present a brand-new cover project called The Kings Of Quarantine alongside a veritable who’s who of rock and rap artists. Their first release is a song from one of the most celebrated modern rock bands Faith No More with a rendition of “We Care A Lot”. The video features a myriad of artists such as Frank Bello (Anthrax), Ray Luzier (Korn), Bill Kelliher (Mastodon), Ivan Doruschuk (Men Without Hats), Dennis Lyxén (Refused), Walter Shreifels (Quicksand), Kevin Sharp (Brutal Truth), Darryl McDaniels (Run DMC), Esoteric (Czarface), Richard Patrick (Filter) and Raine Maida (Our Lady Peace).

The project came together after a discussion between Jason and Bill about possibly doing a cover song together. Jason then went back to his long-time music partner Kevin Jardine and picked their favourite band Faith No More with the song “We Care A Lot”. “Kevin and I have always been massive fans of Faith No More and having the opportunity to cover one of their songs with such great company has been a dream come true. We are so grateful to all the musicians involved that accepted our invitation”, says Jason Rockman.

The music industry has been severely touched by the unprecedented COVID-19 crisis. Artists, creators and musicians have had to find new fun ways to remain sane in the creative sphere. “We did this because we care a lot about everyone! Especially those who put their lives on the line to make sure we are ok!,” adds Darryl McDaniels.

“I care a lot about being part of this amazing cover. It’s an honor and a privilege. To be rubbing elbows with the likes of these gentlemen makes me feel very proud.” – Richard Patrick

A digital release of the song is available here. One hundred percent of the profits will be donated to Roadie Relief, a fundraising effort to support qualifying Roadies who have submitted an application for financial help.