SLAYER / EXODUS Guitarist Gary Holt Talks About His Admiration For RATT – “You Listen to The Opening Riff Of ‘Lay It Down’, And It’s Just Brilliant” 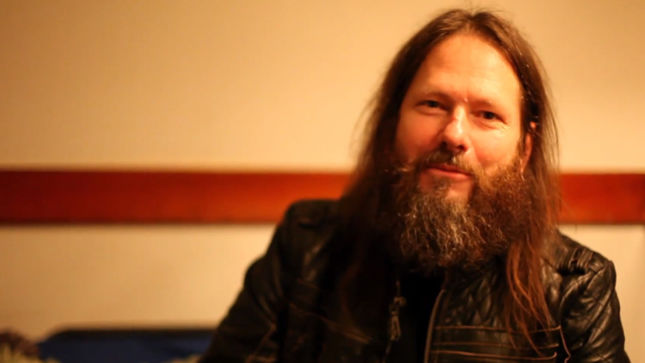 Examiner.com has posted a new interview with Slayer and Exodus guitarist Gary Holt and during the chat Holt was asked about how he previously admitted he a fan of Ratt with thrash and glam metal being enemies in the ’80s.

When asked why Ratt in particular stood out as opposed to other bands from the genre, Holt said:

“The talent! Warren DeMartini is one of the best guitar players on Earth, with some of the best riffs. His solos are incredible. So I mean, I think that's where it starts. A guy like me, who was raised since the birth of thrash metal and hair bands were like our common mutual enemies, we all secretly coveted all of George Lynch and Warren's licks! They're both phenomenal guitar players. And the bands are great because they had those guys writing such awesome stuff and they had the chops to play it. And you know, the guitar tone…everything like that was just killer. it was some super good stuff that I didn't appreciate till later in life. I always appreciated the soloing aspect. But you know, now, you listen to the opening riff of ‘Lay It Down’, and it's just brilliant.”

Streaming below is the official teaser for the brand new Slayer music video, "You Against You”, directed by BJ McDonnell. The track is featured on the band’s latest album, Repentless, and the full video will be released soon.

Catch Slayer on tour in North America with Testament and Carcass.