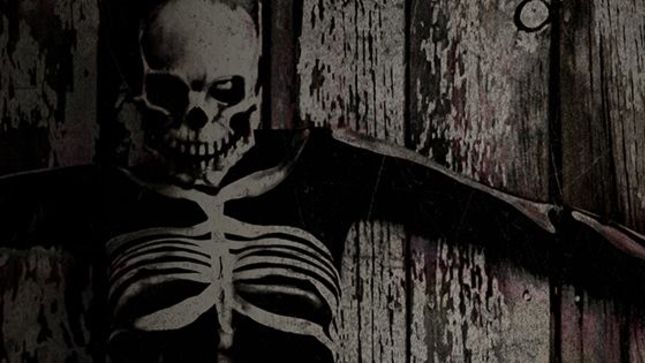 Slipknot have issued a video clip showcasing their new masks, created to coincide with the release of their forthcoming album, .5: The Gray Chapter, due for release on October 21st via Roadrunner:

A new Slipknot promo picture has been released by the band featuring their full 9-man line-up. The identities of their new bassist and drummer have yet to be confirmed, but it's been hinted that guitar tech Alessandro "Vman" Venturella  (Coheed And Cambria, Mastodon) has taken over the late Paul Gray's post as bass player. Jay Weinberg, the son of Bruce Springsteen drummer Max Weinberg is rumoured to be behind the kit in place of Joey Jordison, who left Slipknot earlier this year.

Slipknot have revealed details and launched a pre-order for their upcoming fifth album, .5: The Gray Chapter, due for release on October 21st via Roadrunner. The new release will be the band's first without founding bassist Paul Gray, who passed away in 2010, and drummer Joey Jordison.

The Everything Bundle, available for pre-order at this location, includes:

Other bundles are also available. Check them out here.

"The Negative One" video: