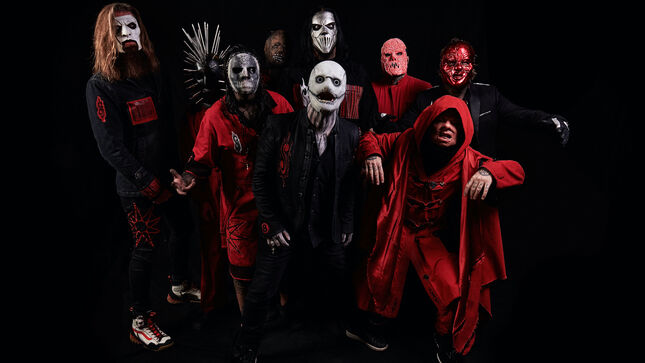 Slipknot's Knotfest Japan has been postponed for a third time, with the event rescheduled for April 1 - 2, 2023.

Says Slipknot: "COVID restrictions are still not allowing us to perform. Unfortunately we must postpone Knotfest Japan, but we look forward to coming back and performing for you on April 1-2, 2023. Until then, our full set from Knotfest Los Angeles will be streamed exclusively in Japan on November 27th, so don’t miss it. Keep each other safe, and we’ll see you very soon."

Recorded during recent sessions for a yet-to-be-announced new album, “The Chapeltown Rag” barrels forward with the speed of a derailed freight train and incisively eviscerates internet culture from the inside out with a scream, “WHEN EVERYTHING IS GOD ONLINE…NOTHING IS.”

Vocalist Corey Taylor commented on “The Chapeltown Rag”: “It’s a punisher man. It's classic Slipknot. And it's frenetic. But lyrically, it's coming from a point of talking about the various manipulations that can happen when social media meets media itself. And the different ways that these manipulations can try to pull us in different directions, in the fact that we're all becoming addicts to it, which is very, very dangerous.”<

M. Shawn Crahan, better known as Clown, added: “‘The Chapeltown Rag’ facilitates a sort of mindset that you're going to like: it's along the barnburner side of things.”