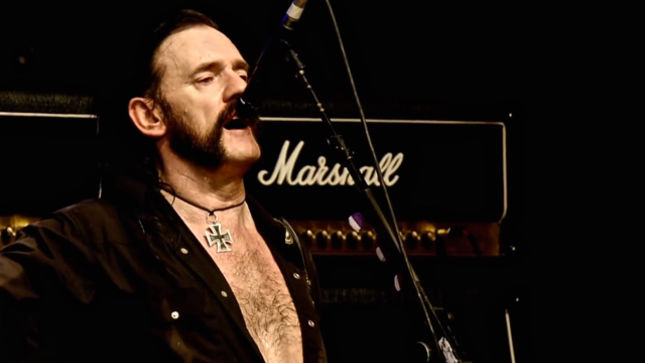 Slipknot/Stone Sour frontman Corey Taylor has issued a tribute to late Motörhead frontman Lemmy Kilmister, who passed away on December 28th at the age of 70 following a brief battle with an aggressive cancer. An excerpt from Taylor’s tribute, posted at The Guardian, follows:

“The first time I ever saw Motörhead was on my favourite TV show at the time, The Young Ones. Mike (Christopher Ryan) pointed at the screen and belted: “Music!” Suddenly, that now familiar bass riff to “Ace Of Spades” was punching me in the face, and I realized I was listening to one of my favourite songs for the first time.

“The guitars were smuggling razor blades, the drums were pummelling and through it all… there was Lemmy Kilmister, playing bass and straining his neck to sing into the mic that always seemed a little too high, until you realized it was just right. I sat transfixed, unable to describe what I was seeing or hearing, and unable to understand why I loved it instantly. But it didn’t matter if I didn’t understand. I just knew it kicked ass.”

Read more at The Guardian.