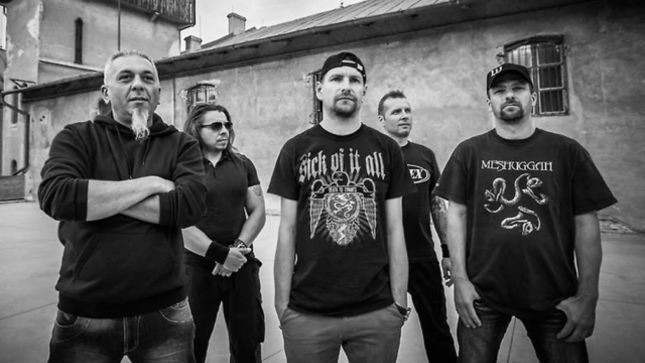 Slovakia's Wastage are a brutal blend of thrash, hardcore and metalcore with no-nonsense lyrics about the dystopian society we live in. As a relentless workhorse, they have already shared the stage with the likes of Sepultura, Decapitated, E-Force, Obscure Sphinx and many more, quickly rising through the ranks in the heavy charts amongst the bands from Central Europe.

Slave To The System tracklisting:

"Slave To The System":

Soon to be touring Europe, Wastage is definitely a powerful dark force to be reckoned with.