Sound Engineer RICHARD CHYCKI Looks Back On Early Days Of His Career, Working With JEFF HEALEY, AEROMSITH And RUSH (Video) 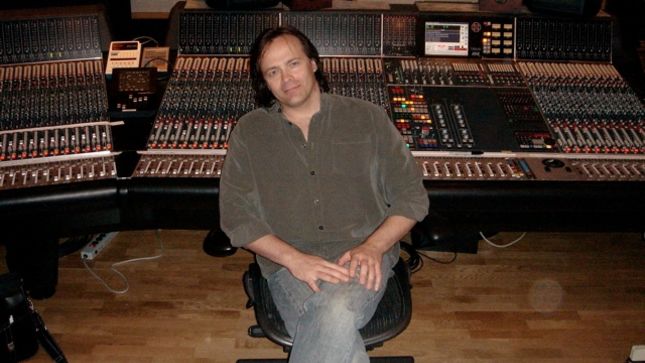 Canadian sound engineer Richard Chycki is featured in a new interview with Produce Like A Pro discussing his work with artists like Rush, Aerosmith, Dream Theater, and more.

Richard Chycki began his career as a guitar player, and worked in studios in Toronto, Canada. He was playing in recording sessions, but really wanted to get his own record deal, so he was also recording himself and sending his recordings out to record companies. In order to record himself, though, he wanted to learn how to use an SSL console. So, he reached out to the Canadian distributor of SSL consoles, who let him come in and pick up the manuals and make copies of them. Chycki then read through the manuals and taught himself how to use the SSL console.

Eventually, Chycki began hearing back from some of the record companies he was sending his recordings to. But, they were not necessarily interested in him as a guitar player, instead they wanted him to come record some of their bands, because his recordings were so well done.

Chycki began working with various bands, and recording them, and began working with a guitarist named Jeff Healey. Through his work with Healey, he met Marti Frederiksen, who was a very prolific songwriter. About 10 months after their work with Jeff Healey, Frederiksen called Richard Chycki and asked him to come record some drums for a band. When Chycki asked who the band was, he was told it was Aerosmith. Chycki accepted, of course, and helped to record the song "Jaded", which became his first number one hit on rock radio in the US, and the turning point in his career.

Following his work on "Jaded", Chycki started to get on projects with more major bands and began making a name for himself. Now, he has recorded and mixed in some of the world’s finest studios, including Ocean Way, Henson, Capitol, and The Record Plant. He added artists Pink, Mick Jagger, Seal Shawn Colvin, Def Leppard, and Dolores O’Riordan of the Cranberries to his resume.