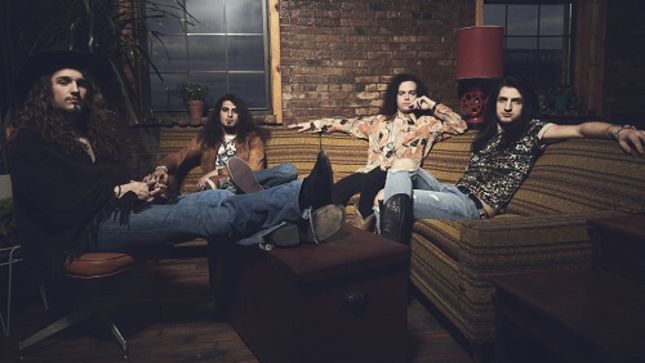 Rip-roaring riffs abound on this incendiary and irresistible anthem. Helmed by Grammy Award-winning producer Greg Wells (Adele, Twenty One Pilots, Deftones), hyper-charged guitars and thunderous percussion collide with towering falsetto as the refrain soars to the heavens and back. Emerging with a scorching sound of their own, the boys siphon grunge melody into classic rock-style virtuosity with unapologetic attitude and a whole lot of grit.

On the song the band noted: “We knew we wanted our first release to showcase our personalities, both in the music and the visual. ‘Dancing With Fire’ is just that; personality. It’s a song about conflict, and to us that conflict is being a bunch of twenty-two-year-olds attempting to make it as a rock band in unprecedented times. We’re excited to see how people interpret the song into their own lives.”

Download or stream "Dancing With Fire" by South Of Eden at this location.

For further details, visit South Of Eden on Facebook.