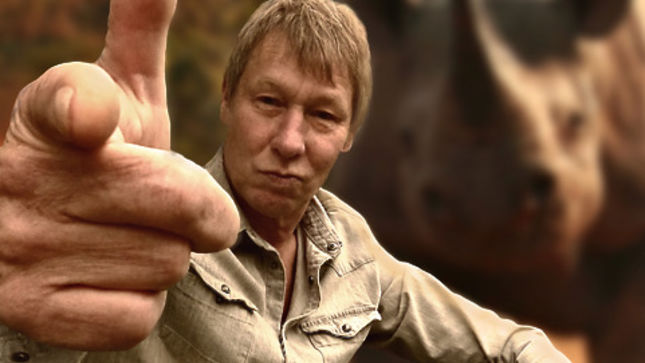 Status Quo’s John ‘Rhino’ Edwards is releasing a brand new single to help some of those ignored by the Government in these challenging times. Rhino’s Revenge’s new song, "Super Smashing Great", is raising money for the backbone of the live music industry.

Says Edwards: "The live music industry is on its knees. That’s a fact. It’s one of the few areas we have left where Britain is still a world beater, but we’re well down the pecking order of Government help. We have to do something. We can moan as much as we like, but actions speak louder than words.

"I’ve written a new song for Rhino’s Revenge, the band I play with when I’m not playing with Status Quo. The song’s called ‘Super Smashing Great’ and pretty much sums up my feelings on the present situation. Have a listen to it and a look at the lyric video below. Hopefully, it will put a smile on your face.

"What I’d really like you all to do is BUY it. You remember that? When we all used to BUY music? It won’t even cost you a quid. Less than the price of a small beer.

"‘Super Smashing Great’ was recorded to raise money for the backbone of the live music industry - the crews-– in these extraordinary times. All proceeds from views and sales of the song will go directly to them via the charity Stagehand’s COVID-19 Crew Relief Fund.  Please support it by forwarding the video link to everyone in your contacts books, across all media, social and otherwise.

"If you want the live music scene to come back, put your hand in your digital pocket. Spread the word, make a difference and Rock Out To Help Out. Thank you."