STEEL PANTHER Frontman MICHAEL STARR - "I Didn't Realize How Much EDDIE VAN HALEN Was A Part Of My Life, Inspiration And Music-Wise" 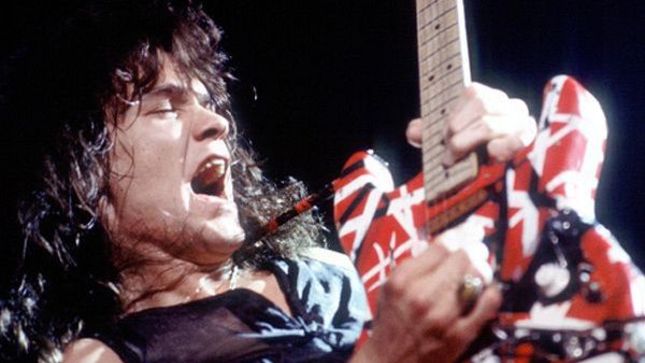 During an interview with Rock Titan TV about Steel Panther's current activities and future plans, vocalist Michael Starr offered his thoughts on Eddie Van Halen, who passed away on October 6th following a long battle with cancer.

Starr: "You don't realize how rooted in Van Halen one is until one heavy metal hero departs the world, and for me, that's what it's been like. I didn't even know what to post or say or do. I didn't realize how much Eddie was a part of my life, inspiration and music-wise. That band was everything for me and I'm sure it's the same for a lot of people. I always wanted to be David Lee Roth. I always wanted to be Eddie. Thankfully, I got to meet Dave several times, and I also got to meet Eddie a couple of times before he passed away, and I'm grateful. I only met him briefly, like 'Hey, what's up?' I met him at a place called Staples, back before Gary Cherone joined. It was him and Wolfie (his son) in the checkout. I'm, like 'Hey, Eddie, I'm a big fan.' He's like, 'I know your (tribute) band Atomic Punks. You guys are pretty good.' And I was like, 'Holy shit! Eddie Van Halen knows our tribute band.' That was a huge deal."