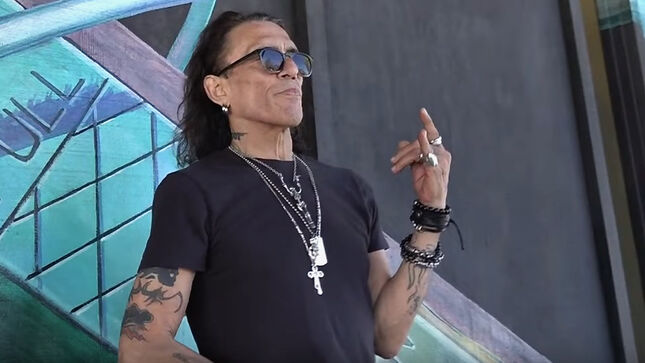 Ratt frontman Stephen Pearcy recently guested on Waste Some Time with Jason Green and discussed his new rockumentary Nothing To Lose, his private battle with liver cancer, where things stand for a Ratt reunion, the last time Stephen spoke with guitarist Warren DeMartini, playing one more contractually obligated show with the current Ratt line up, and he reveals he won't record any music again under the Ratt name without the four surviving original members.

Nothing To Lose - A Stephen Pearcy Rockumentary, the first real rockumentary on the founder, songwriter, lead singer of the multi platinum rock group Ratt, is available now, only on ASY TV.

Available on ROKU, Amazon Firestick, Apple TV and at ASYTV.com. Watch a video trailer below: