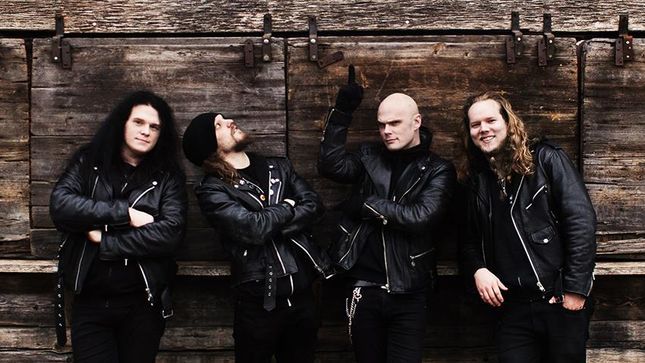 Sterbhaus of Stockholm, Sweden, who recently signed with Black Lodge, will release their follow up to the successful album Angels For Breakfast …And God for Lunch on May 29th. The album is entitled New Level Of Malevolence and will be preceded by a digital single release for the song “Necrostabbing The Corpsefinder”, released today. The song is available on all major streaming/downloading platforms worldwide.

Sterbhaus, who spent 2013 touring as support for Vader, Melechesh and Shining went on to use most of last year finalizing the preproduction as well and recording the album during the autumn. Ronnie Björnström (Aeon) did the mixing and once again Gyula Havancak (Annihilator, Destruction, Sirenia) is responsible for the artwork.

Sterbhaus are also confirmed as main support for Anaal Nathrakh and Benighted for the second leg of the Serpens of Anima tour from October 23rd-31st.