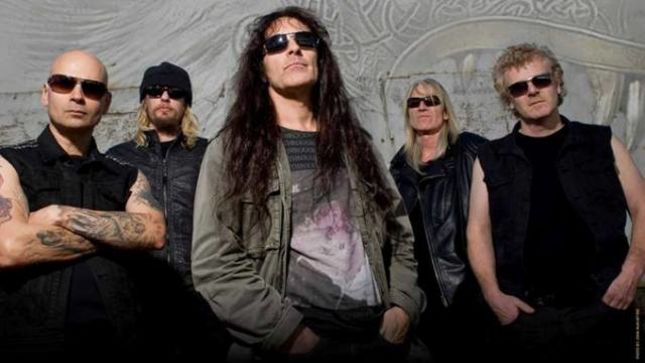 Having just completed another leg of his latest mammoth world tour with Iron Maiden playing some of the biggest venues available, you`d have though bassist Steve Harris would put his feet up and relax for a while.  Harris has other ideas and is embarking on a club tour of the UK and Europe with his side project, British Lion. Metal Express Radio's Mick Burgess chatted with Harris ahead of his tour to talk about his love of the more intimate venues.

Harris: "I just love playing and the more I`ve played with British Lion the more I love it. It`s like the Ying and Yang I suppose. I`ve just played sold out gigs everywhere with Maiden and with British Lion we`re in the clubs fighting to get every person in and get a reaction. It`s a challenge and I just love it, and it`s almost like going back to those early days with Maiden. It just keeps me grounded and I love playing in clubs. We are actually doing some festivals too this year which is a new challenge for the guys. I`ve played many festivals but some of the other guys haven`t so it`s great to see them enjoying it so much. I do miss that really close intimate contact with the fans at gigs even though we do go out into the crowd on catwalks with Maiden but in the clubs the crowd are right in your face and there`s nothing quite like it."

MER: You have been quite clear that British Lion is totally independent of Maiden so there`s no Maiden songs during the set. Does it make you wonder why some artists go out on a solo tour and just end up playing stuff from their main band?

Harris: "It`s not something I would do, I can`t see the point of it when I can play any of those Maiden songs I want with Maiden. I think with British Lion we have enough strong songs of our own that we don`t need to do that. Maybe other artists do it because they think their fans expect it but I don`t really see it like that. It`s two separate bands to me with totally different styles of music. It`s a different set of guys and a different animal altogether."

British Lion’s first album was released in 2012 via Universal Music.