STEVE VAI - "I Have Come To Find The People Of Eastern Europe To Be Very Cultured, Intelligent, Forward Thinking, Artistic, And Just Overall With It" 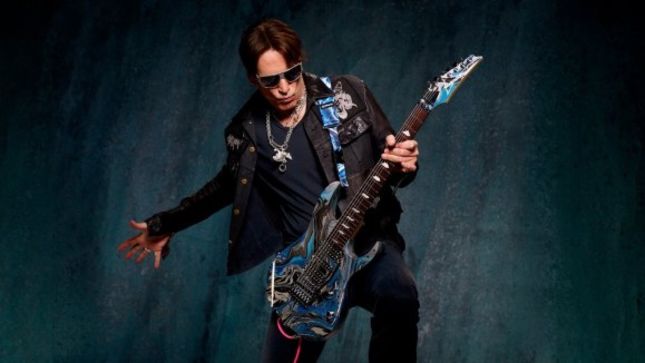 Guitar legend Steve Vai has shared the following message with his fans via social media:

"I started touring through Eastern Europe back in the mid to late '90s the moment it was safe enough. I had been bugging my booking agent for years to book me there but he kept telling me nobody goes there yet and it’s too dangerous. But eventually, the inexorable march of integration commenced and the borders were slowly opened for touring bands. What I discovered from touring places in Eastern Europe such as Poland, Bulgaria, Romania, Latvia, Lithuania, Czech Republic, Turkey, Greece, Estonia, Croatia, etc, was how amazing these cultures are. We tend to believe only what we were taught about these places from high school, newspapers, television news, etc. I suggest not buying into those perspectives. They are VERY limiting.

I have come to find the people of Eastern Europe to be very cultured, intelligent, forward thinking, artistic, and just overall with it. There is a striking contrast in what I was led to believe was going on there from my conditioned training, to what it’s actually like. I highly recommend checking it out for yourself."