STEVE VAI - "I've Just Finished The Greatest Piece Of Music I Have Ever Created; It's 20 Minutes Long..." 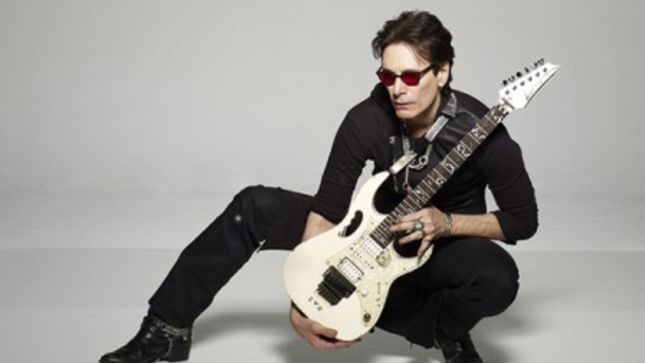 "Hey folks, Steve here. I just finished a piece of music that will be on my new Modern Primitive record that comes out in late June, I think. I believe it's the greatest piece of music I have ever created. It's 20 minutes long and abstract and beautiful. If you like that bizarre stuff that I do, this will be a feast for you. And for those of you who this type of music resonates with, I just can't wait for you to hear it."

"When in Vancouver, Devin Townsend picked me up and we were able to spend some hours together. This shot was taken at this extraordinary little bird sanctuary he took me to. It's always so good to connect with him. And wait until you hear the work that he did on my new record, Modern Primitive, that comes out this summer. The song is called 'The Lost Chord' and his work on it is truly brilliant. It's way out there and I'm very excited for you to hear it."

In 1993, Vai conscripted then unknown singer Devin Townsend for his Sex & Religion album and subsequent tour. Townsend went on to launch Strapping Young Lad in 1994 and carve out his own legendary career in the years that followed.

Vai recently spoke with Metallus.it about the 25th anniversary of his classic Passion And Warfare album. To commemorate the release, Vai and Sony Records will issue a 25th-anniversary edition of Passion And Warfare that includes an entire bonus album, which Vai calls "the missing link between Flex-Able and Passion and Warfare."

The full statement from Vai courtesy of Metallus.it and picked up by Guitar World:

"What I’m working right now as we speak, is the 25th anniversary release of Passion And Warfare and in this release I’m putting an extra CD with material that’s never been released. But it’s music the I’ve either recorded or written in between Flex-Able and Passion And Warfare because, if you’re familiar with Flex-Able, it’s a very strange record: I’ve recorded it when I was 20 years old; and if you listen to Passion And Warfare it seems a completely different guy. So what happened in between? Where’s the missing link?

This record that I’m calling Modern Primitive will be in this Passion And Warfare release. It’s really amazing, ‘cause I’ve so much material. Seven or eight songs are already tracked and they just need a couple of finishing touches, then I’m gonna have the old band get together that I had back then just to lay down some other tracks we used to perform in that period. So it’s new music and frankly it’s turning out to be one of my favorite records." 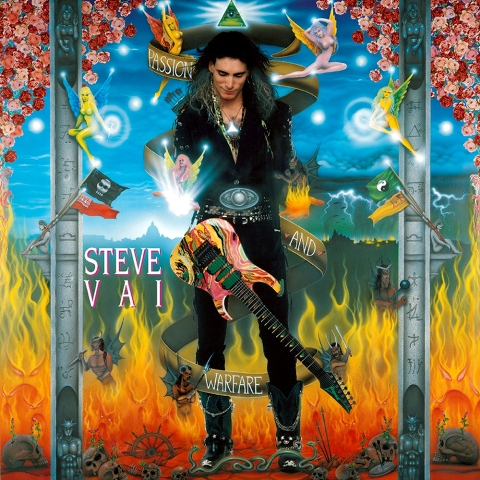 The term “supergroup” gets thrown around on a regular basis these days, however, a new tour featuring some of the greatest guitarists of all time is about to truly give the term a whole new meaning. Introducing: Generation Axe, featuring Steve Vai, Zakk Wylde, Yngwie Malmsteen, Nuno Bettencourt, and Tosin Abasi.