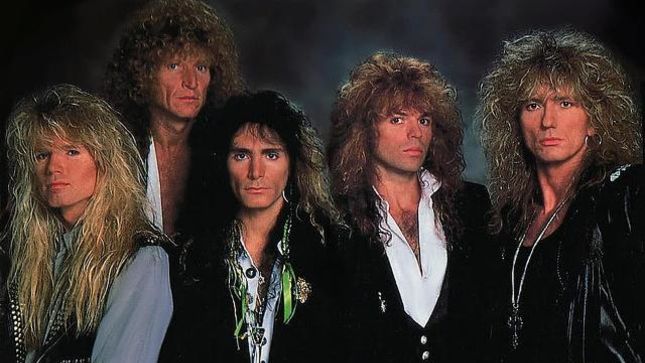 Guitar World caught up with guitarist Steve Vai to discuss his time with Whitesnake and 1989’s Slip Of The Tongue album.

Vai summarized the experience stating: “It ticked all the right boxes for me because I didn’t have to front the band, I had the greatest lead singer in the world at the time, and I was treated like a king. The guys in the band were just fantastic and they were gentlemen. Rudy Sarzo is the nicest guy in the world. Tommy Aldridge is hilarious and gifted. Adrian Vandenberg was fantastic; very cultured, liked good things, killer player with good tone! And they all tolerated my attitude and pretension brilliantly.

"To this day I remain very happy with the record itself and I think it stands up as a great sounding record, even if it may be a little different from the rest of the Whitesnake albums."

Discussing his skills as a player back then, he reflects: "It’s interesting because a couple years ago I saw a clip of one of the shows we did at Donington and I couldn’t believe it! I said, 'Is that what I played like back then?!' It was pretty fierce and there was a real aggression to it. And a lot of control. I just remember thinking it was never good enough back then.

There was a part of me back then that always went, 'Why are all these people reacting this way to the way I play? It’s not that great.'

"I think that’s a common thing in some people: knowing that what you’re playing is the right thing and that it feels right, but always feeling like you could do better or do more. And then you get older and you look back and realize you were completely blind to how good you were.

"There was a part of me back then that always went, 'Why are all these people reacting this way to the way I play? It’s not that great,' because I always felt like there was another level! You don’t know that you can’t see the forest for the trees."