STEVE VAI On Designing Seven-String Guitar For Ibanez - "KORN Had Taken That Low Potential Way, Way Beyond What I Was Doing; That Was A Beautiful Evolution To See" 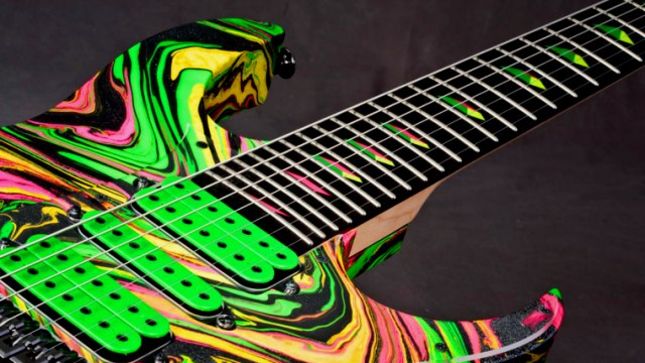 Guitar legend Steve Vai recently guested on KMUW and discussed designing the first mass-produced seven-string guitar for Ibanez, and the future of guitar

Q: You introduced the seven-string guitar through Ibanez many years ago. What did you think of what Tosin was doing with the extended range when you first heard it.

Vai: "When I first designed the seven-string for Ibanez, I used it a particular way. I knew, instinctively, that if young musicians saw the potential in it for their ideas, it was going to evolve into something pretty incredible. That was made very apparent to me when I first heard Korn. They had taken the seven-string and taken that low potential way, way beyond what I was doing. That was a beautiful evolution to see.

Then there was that whole underground movement of seven-string bands and players that created a whole subculture. But then based on the way us humans like to evolve our creativity, it went from seven strings to eight strings and there's people with nine strings. I knew that eventually somebody was going to come along and that seventh string or eighth string and start doing something even more unique than conventional metal at the time.

That's Tosin (Abasi / Animals As Leaders). He was the first one that I heard taking that instrument, especially with the eight strings, and doing something that really ticked off a lot of the things that I like about heavy music and music in general. His music is complex but it's listenable, it's dense in its harmonic and melodic structure, meaning that it's not just regular kinds of chords. I love that. Rhythmically, it's unique. I worked for Frank Zappa for six years, in the band and also transcribing music. I was confronted with a lot of rhythmic challenges, even the evolution of certain kinds of rhythmic notation. But what these guys are doing now was off of my radar at the time. You can hear it in Tosin's music. It's the continuous evolution of things and Tosin, to me, is the guy at the forefront of that."

Q: There are these conversations happening now about the future of guitar and people saying that people aren't picking it up like they used to, that people are becoming DJs, etc. What do you make of that?

Vai: "I don't think about any of that stuff. It's all nonsense. People get conditioned by what they read in the papers or watch on TV. When I start seeing myself being conditioned by what somebody else is doing or saying, a little red flag goes up immediately and say, ‘Don't worry about any of that. Just do what you like!' That's my credo for any of that discussion about the guitar is dead or this is happening or that's happening or this in vogue. I don't listen to any of that stuff. Why would I? Why would anybody? Unless they're interested in being a trend-mongering kind of pantomiming of the genius of somebody else kind of a player? The thing that I recommend is: Find out what really interests you the most and excites you in your inside, not based on what you think you should be excited about because somebody else is or because this is the direction that things are heading. You are the direction that things are heading when you find music within you that's most exciting and unique and grounded in your interests."

Listen to the interview and read the full transcript here.

Steve Vai, Yngwie Malmsteen, Zakk Wylde, Nuno Bettencourt, and Tosin Abasi have launched a pre-order via Pledge Music for the upcoming live album, The Guitars That Destroyed The World - Live In China.

The Generation Axe experience goes way beyond simply gathering five guitar greats on one stage to jam. According to Steve Vai, “The idea was to create a seamless show with one backing band and five completely accomplished and astonishing guitarists that take to the stage in various configurations, performing some of their solo music and merging together as cohesive co-creators of lushly orchestrated guitar extravaganzas.”

Much of the time when multiple rock guitarists join in jamming, the results are usually conventional and often a mess. But the arrangements of some of the classic rock tracks performed by these five insane players makes for a magnificent cacophony of organized chaos unlike anything ever presented before.

Generation Axe - The Guitars That Destroyed The World (Live In China) was culled from various performances on their last very successful tour of Asia. It is indeed rare for a lineup of guitar players to create a unique offering and when listening to this wild ride through a kaleidoscope of 6-string mania, it’s obvious that Generation Axe hit the mark and this Pledge campaign offers a variety of unique merchandise, behind the scene footage, and ultimate fan access! You can get everything from signed guitars to listening parties and signed vinyl. 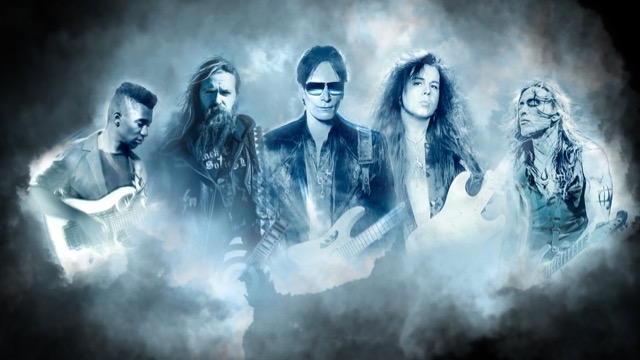