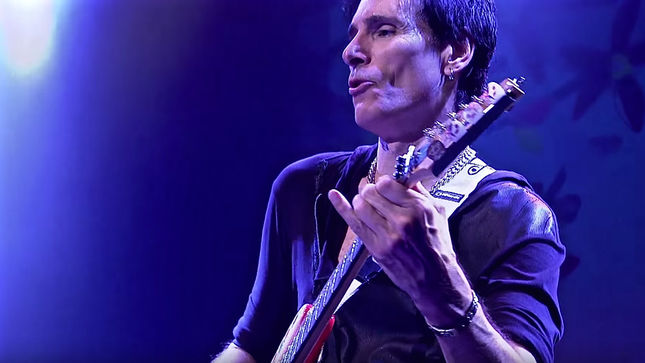 When guitar legend Steve Vai appeared on the cover of the September 2016 issue of Guitar World to discuss his latest projects—including the new 25th-anniversary version of his masterpiece, Passion and Warfare—he agreed to let the publication photograph several guitars from his staggering private collection.

At this location you'll find photos of 10 guitars (mostly Ibanez), each of which is accompanied by a revealing tidbit courtesy of Vai. An excerpt follows:

Vai: “This is Bruno—a dipped multicolored seven-string that I took a blowtorch and a wire brush to in the Nineties. I have no idea why I did that; I guess I just liked the burnt-wood look. I first tried it with the natural wood aspects in my home studio and wondered what the same technique would do to a multicolored finish. You can see the guitar in the ‘For The Love Of God’ video, and by the way, attempts to recreate my treatment of the finish have not been successful.”

The year 2015 marked the 25th anniversary of the release of Steve Vai's landmark solo album, Passion & Warfare. Critically acclaimed and publicly celebrated for its unique artistic vision and sheer musical muscle, Passion & Warfare, is now considered the milestone that marks the arrival of the 7-string solid body electric guitar. 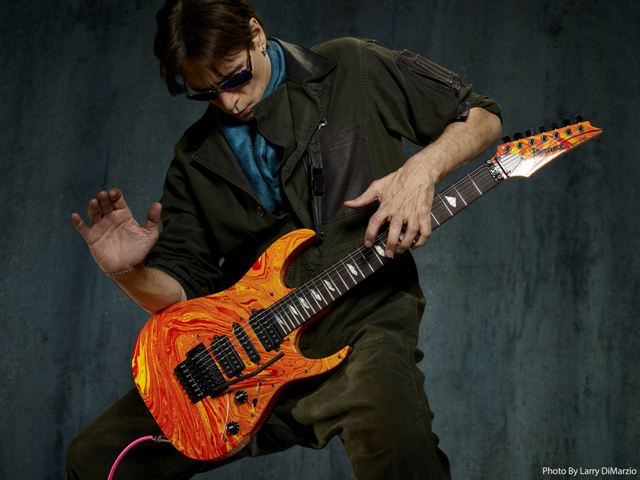 This 7-string guitar, which Steve dubbed the 'Universe', was showcased prominently on Passion & Warfare, and opened the door for guitarists of every musical background to expand their artistic horizons.Initially adopted by like-minded guitar virtuosos, Steve's vision of a new musical landscape took a turn that perhaps even he hadn't anticipated when, in the hands of Korn and other purveyors of 90's new metal, the 7-string became mandatory equipment for anyone engaging in the genre.

Since that time, Steve, along with countless other 7-string enthusiasts have continued to incorporate the Universe into a myriad of musical settings that have both inspired and challenged the world.

In celebration of the 25th anniversary of Passion & Warfare, Ibanez presents three limited edition Steve Vai Universe models. Each of the three are inspired by Steve’s vision and representative of the musical impact that this timeless album had on the world of music. 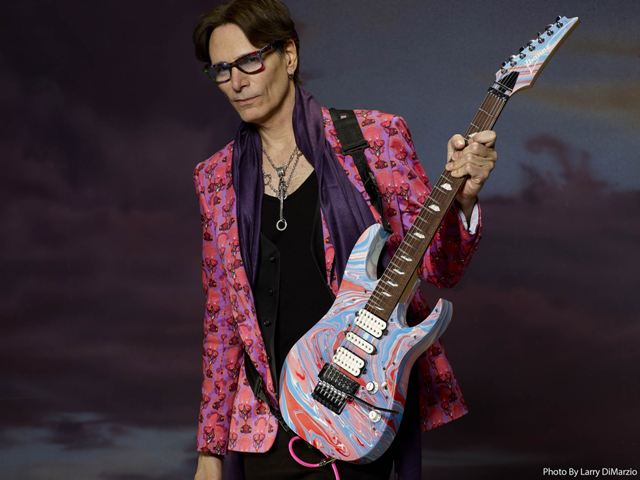 Using the same colorful swirled patterning associated with the original Universe, Ibanez presents this 21st century re-visitation of Passion & Warfare. These handcrafted guitars draw on the color schemes present in the original album artwork, depicting the ravages of a war-torn hell juxtaposed against a nirvana-like state of passion for life and love.

The third in this series of celebratory guitars looks to the traditional role silver plays in observance of a 25th anniversary, marrying it with the color combination reminiscent of the custom 7-string that Steve used when touring with Whitesnake, immediately following the release of Passion & Warfare.

Go to this location to learm more about the three limited edition Steve Vai Universe models on offer.

Poland's InfoMusic has posted an video interview with Vai, conducted at Ibanez Guitar Festival 2016 back in June. In the clip below he discusses his 30 year working relationship with Ibanez and being an inspiration to other players.