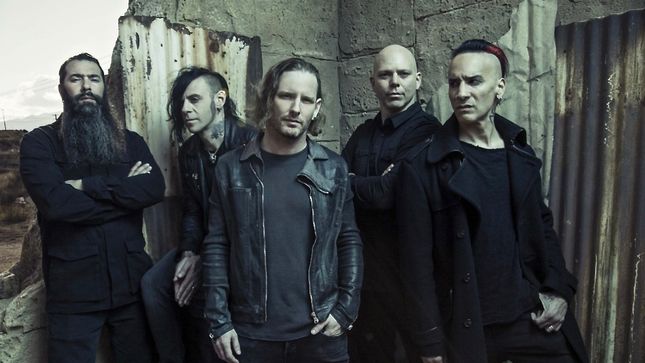 Available for pre-order today along with a new exclusive t-shirt at stonesour.com, the deluxe edition is highlighted by “Burn One Turn One”, a previously unreleased b-side from Hydrograd, which is streaming now accompanied by an official lyric video (watch below). “Burn One Turn One” is also available as an instant grat download with all pre-orders and available today at all digital service providers.

Currently on a headline European tour, Stone Sour will return to the states this August joining Ozzy Osbourne as special guests on Ozzy’s No More Tours 2 headline run. The cross-country trek will get underway August 30th and run through mid-October. Tickets for all dates are on sale now. For complete details and ticket availability, please visit stonesour.com/tour.

"Burn One Turn One" lyric video: