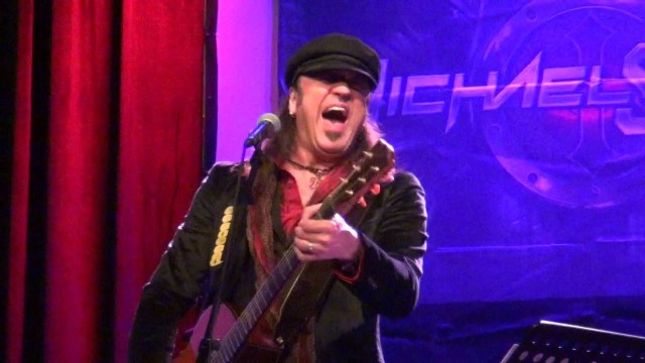 "I finished recording vocals for Ten. We start mixing next week. I wish you all could hear it!! It’s an amazing album and I want to thank all the incredible musicians who were a part of making this solo album the best one yet!! Stay tuned..."

Frontiers Records has concocted another meeting of the minds, this time bringing L.A. Guns guitarist Tracii Guns and Michael Sweet together for a new project dubbed Sunbomb. Guns announced the collaboration via Twitter.

So , I’m in the middle of making the metal record I would have made when I was 17 years old . The band is called SUNBOMB . I really want to thank @michaelhsweet for making this a reality and of course @FrontiersMusic1 we are on instagram @sun_bomb


I’m excited to be a part of it Tracii🙏 Who would have thought when we were young that we’d be working together. Thank you for trusting me with the vocal duties👊 SUNBOMB is gonna be Bomb🙌 https://t.co/w8Cd7qGPWq