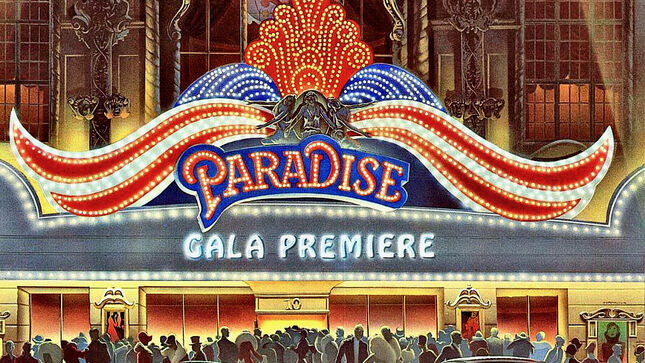 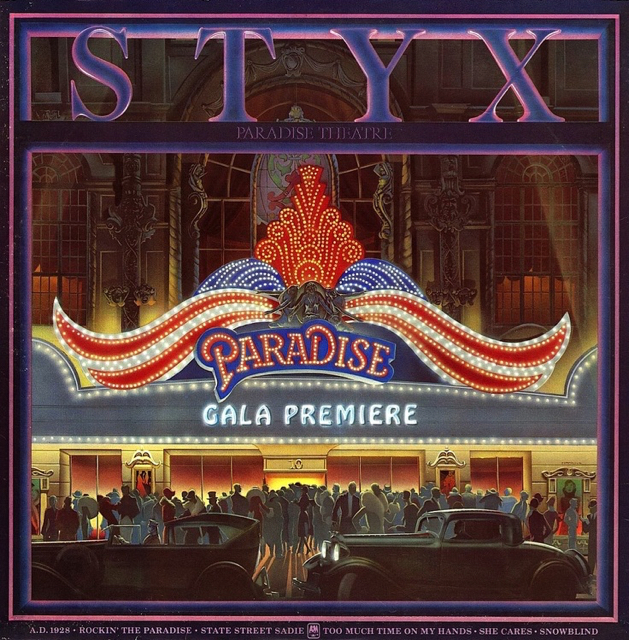 Says Host Redbeard: "Quick, lightning round: if I told you that forty years ago one of America’s top music acts released a concept album that identified growing cracks in the foundation of our society and presciently predicted everything we find today, who would you guess it was? Bob Dylan? Neil Young? Crosby Stills And Nash? I doubt that Styx would come to mind to many, but that is precisely what Paradise Theatre was, part lament, part warning. And when you hear my guests Styx guitarist James “JY” Young and former member Dennis DeYoung discuss the America they were observing in January 1981, it is disconcerting to realize now how those warnings went unheeded.

"Over the course of four decades interviewing the various members of Styx it became apparent that, even while ascending to one of America’s most popular bands and selling millions of copies of four consecutive albums between 1977 and 1982, a struggle for artistic direction was occurring among keyboardist/ co-founder Dennis DeYoung, Styx guitarists Tommy Shaw and James “JY” Young. It became glaringly obvious when Styx followed 1978’s hard-rocking multi-million seller Pieces Of Eight, heavily laden with Shaw and Young rockers, with the album Cornerstone containing the hugely popular ballad 'Babe' written and sung by DeYoung.

"What a revelation it was then to find that the band members never actually discussed the elephant in the room until this classic rock interview, which also includes current Styx singer/ keyboardist Lawrence Gowan‘s somewhat more objective perspective. Not since their breakthrough The Grand Illusion had singer/ songwriters DeYoung, Shaw, and JY contributed as equally and supportively as they did on January 1981’s Paradise Theatre containing in-concert perennials 'Rockin’ The Paradise', 'Too Much Time On My Hands', 'The Best Of Times', 'Snowblind', 'Lonely People', and 'Half Penny, Two Penny'. And not surprisingly, the musical alliance yielded the top-selling Styx album ever. Current Styx lifers JY and Shaw, plus DeYoung, screen the American Dream, alternately in and out of focus four decades later, at the Paradise Theatre."