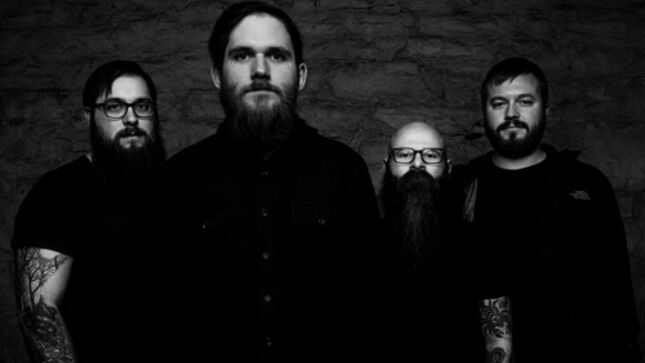 Having inked a deal with Prosthetic Records and released their first single, "Descend", back in October 2020, Summoning The Lich have now announced their debut album, United In Chaos.

With the album due out on February 26, the St Louis, Missouri four-piece have unveiled a new single, "The Nightmare Begins". United In Chaos is available to pre-order here.

Taking inspiration from the best elements of Lord Of The Rings, Magic The Gathering, Dungeons & Dragons, and Adventure Time, and wrapping it up in a fantastical death metal parcel, Summoning The Lich has an attention to detail and commitment to storytelling that is second to none. United In Chaos tells the tale of the rise of the Lich and fall of the Kingdom Rodor - and the spread of his wicked influence across the land as his power grows.

Speaking on the release of The Nightmare Begins, the band comment: "'The Nightmare Begins' kicks off our album, United In Chaos, and introduces you to the Kingdom of Rodor and the unbounding malevolence about to be unleashed upon it. This single takes the perilous climb in an attempt to thwart the inevitable birth of the Lich and summons forth his power as we enter the new year. Huge thanks to Decibel Magazine for the premiere of our new single!"

On United In Chaos, Summoning The Lich haven’t just championed a fantasy world, they’ve created one in their own vision; this release marking merely the first chapter in a trilogy of albums that explores the outer limits of their imaginations. By inserting their storytelling chops into songs crammed with memorable hooks and meaty riffs, Summoning The Lich have invited listeners to roll the dice and join the adventure.