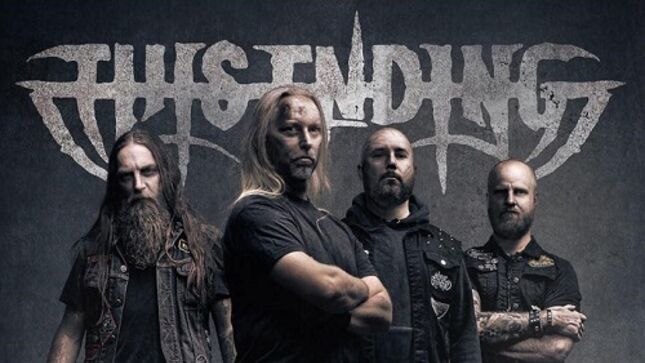 Swedish melodic death metal band This Ending, formerly known as  A Canorous Quintet, has released the first track from their new album Needles Of Rust, coming May 28th via Black Lion Records.

This Ending issued the following statement regarding their new song "Annihilate": "This was the first song Linus Nirbrant wrote after the Garden Of Death album. Another vicious thrashy song to bang your head to.The lyrics deal with the topic of neglect and how we as humans sometimes destroy what's around us like we were some kind of gods. But also how we turn our blind eye to what's happening to the world and to people around us."

2021 sees This Ending returning with a true melodic death metal masterpiece, Needles Of Rust. Nine songs of apocalyptic, brutal yet catchy melodic death metal, going back to the roots of what was done earlier in A Canorous Quintet.

Needles Of Rust was recorded, mixed and mastered at Wing Studios by Sverker Widgren, To give the album cover the necessary atmosphere, Björn Gooßes of Killustrations was hired once again (as on the previous album Garden Of Death) to take care of the artwork and layout.

Overall, the lyrical themes for the Needles Of Rust album deal with different kinds of nightmare scenarios. Some lyrics are loosely based on real events and things that have happened all over the world. Some are just about nightmares as an overall phenomenon. All of the lyrics are up for personal interpretation.