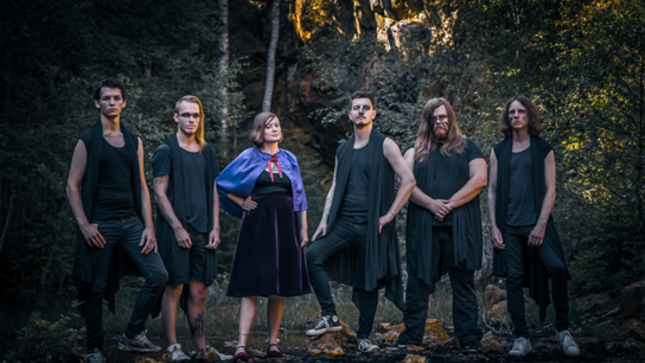 Swedish symphonic metal act Emetropia have released their new single “That Fateful Night” is on every major digital platform. The song is the starting point for the road to their debut album titled Equinox and gives listeners a hint of what lies ahead.

Their keyboardist and main song-writer Liam Strand believes that the new single best represents Emetropia. “It demonstrates the dynamic nature of the band. It has everything from intimate verses, where vocalist Lisa Wallenberg gets to shine together with our progressive drummer Oscar Heikkinen, to bombastic choir sections that pay homage to the pioneers of the genre.”

Lisa explains that “That Fateful Night” is the song where the album’s “tale within a tale” begins. She says that “listeners of our debut EP have already heard of the kings and their never-ending fight. Now we meet a young boy who is determined to help the kings make peace. With the confidence and naivety that comes with childhood, he sneaks out of his bedroom and enters the moonlit forest, in search of the kings’ realm.”

The song is mixed and mastered by Michele “Meek” Guaitoli (Visions of Atlantis, Temperance) with artwork by Jani Stefanovic. The single is available on all streaming platforms and released independently.