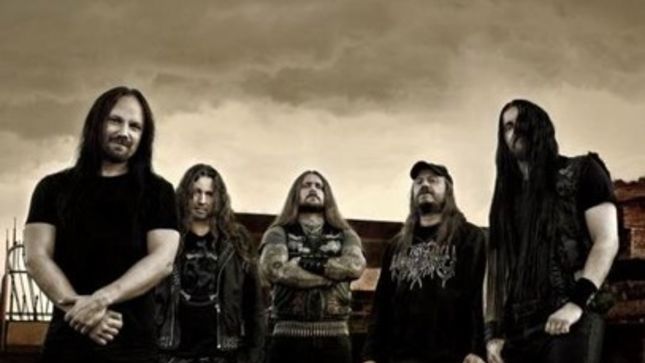 "We are stoked to be joining forces with Century Media. They are one of the biggest labels out there in extreme music and together we will spread the fire worldwide!"

"Don't call it supergroup but this spawn of Satan combines the best of Stockholm death metal and it's great to see a bunch of old friends coming together for just one goal: to destroy. I now some of the guys for many years and it's an honor to help them spreading fire worldwide. Special thanks from my side to Costin Chioreanu and Paolo Girardi for helping out on the band's visual presentation, and my colleague Philipp Schulte for taking over the torch and bring you... FIRE! I'll see you burn!"

Firespawn’s debut album is planned to be released in November. Prior to the album the band will release the 7” EP Lucifer Has Spoken. This EP will be out on August 7 and will be limited to 500 hand-numbered copies. Visitors of PartySan Open Air: Keep your eyes open for a colored vinyl version of the 7” (100 copies only!) that will exclusively be offered at the Cudgel sales stand on the festival site. 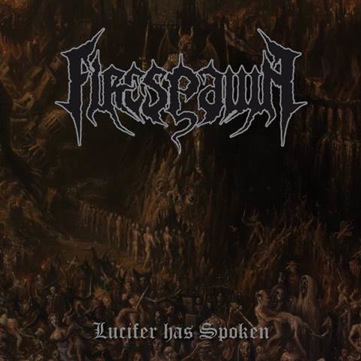 The cover artwork for Lucifer Has Spoken was done by Paolo Girardi who is known from his detailed Hieronymous-Bosch-inspired cover artworks for Inquisition, Power Trip and others. The 7” artwork just shows a part of a huge piece that will be unveiled when further news on the album is due.