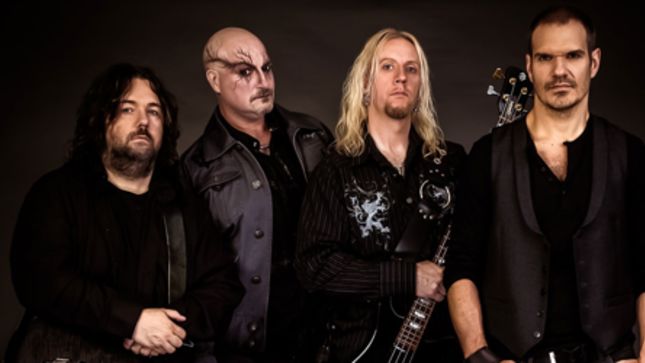 Impera are a melodic rock “supergroup” that consists of a guitar player who, seemingly effortlessly, delivers stunning solos and riffs of that classic, timeless grit you thought were killed off by grunge coupled with a pounding bass that will put you through the wall. Add blistering drumming that’s as solid as it is technically challenging and on top of all that, add a vocalist that sings circles around the competition.

The whole band consists of solid musicians who have earned their wings through hard work with an impressive number of world-class stars over the years. Their combined CV reads as a who’s who in today’s rock. In various constellations they have played with Vinnie Vincent and Bruce Kulick from KISS, Brian Robertson from Thin LIzzy, John Levén from Europe (who guests on this new album) and many more. Guitarist Tommy Denander alone has played with almost everyone. His track record is jaw-dropping, having made solo albums with key members of Toto and performed on albums with Michael Jackson, Paul Stanley, Alice Cooper and Ricky Martin. His own project Radioactive has recorded some fine melodic rock songs.

“We all started to play because of KISS”, J.K states. We’re huge KISS fans and collectors and even good friends with them. KISS is the reason we discovered how great rock and roll is. And following their tradition, you can count on a stage show that will take your breath away, complete with fireworks, smoke, fire and all hell’s breaking loose! The amount of powder used in a single show would put the defence of a small European country to shame."

When Legacy Of Life hit the streets back in October 2012 everyone was so excited with the fresh sound these four guys had injected into the melodic rock industry. The follow-up Pieces of Eden was a grand extension from this powerful foursome and so it leads us into 2015 and a new album Empire Of Sin will be unleashed upon us. This time Impera turn on some real feisty hard rock with songs like “The Beast Is Dead” and “Don’t Stop”. It’s nice to see John Levén (EUROPE) make a guest appearance on “Thunder In Your Heart”, a song he co-wrote and it’s a song that really hits the spot.

Impera have matured and honed their sound to perfection and this is their best outing yet.