SYMPHONY X Bassist MIKE LEPOND On New Album - "As Soon As The Virus Stuff Goes Away, We'll Get Together And Start Writing Songs" 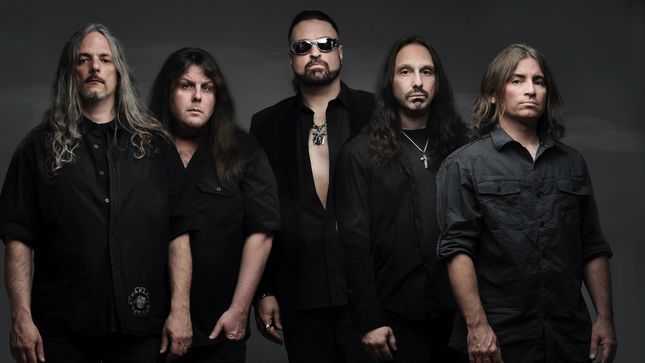 Mike LePond, bassist for New Jersey’s progressive metal masters Symphony X, spoke with Italy's Poisoned Rock about the band's follow-up to their Underworld album from 2015, which was presumably in the works. Not so, says LePond:

"I think as soon as the virus stuff passes by and goes away, I think we'll start getting together and we'll start writing songs. I'm looking forward to writing songs, because, as you probably know, we haven't done an album since 2015. The way we work is we're not the type of band that puts out an album every year, because, for us, the albums take so much work, and we really wanna try to make every song as great as possible. So a lot of times, our fans, they get upset because we put out albums every five years, but once we do put the albums out, people are happy."

Says Symphony X: "We are truly excited to announce that our 25th Anniversary Tour with Primal Fear and Firewind has been rescheduled to May/June 2021! We truly can’t wait to see you all in 2021!"

Get your tickets here.