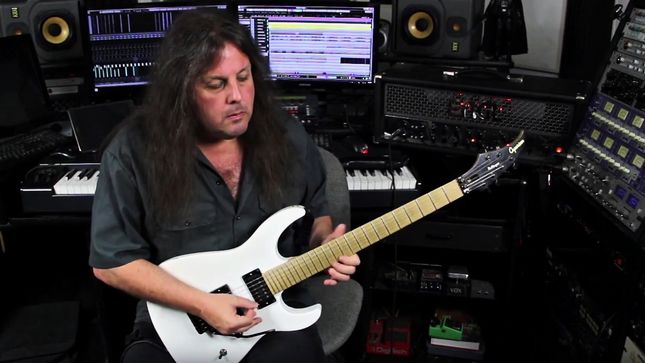 Symphony X guitarist Michael Romeo will issue his first official solo release, War Of The Worlds / Pt. 1, worldwide on July 27th via Music Theories Recordings/Mascot Label Group. After receiving many requests for a playthrough, Michael decided to do one for a solo taken from "Fear The Unknown". Check it out below: