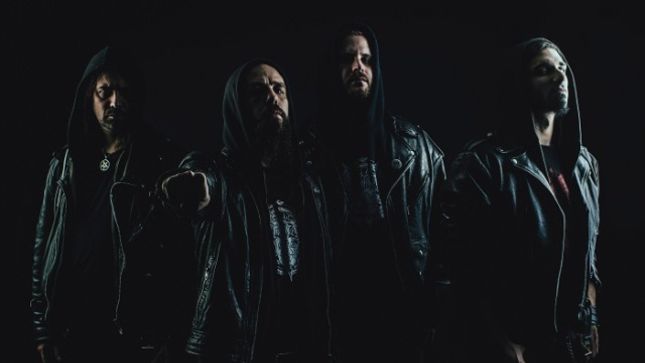 French black/death metal veterans, Temple Of Baal, have set Mysterium as the title of their next full-length album, due on October 2nd via Agonia Records. The track “Hosanna” can be found streaming below.

As the album's title suggests, Mysterium dwells on the topics of spirituality and religiosity. "From the opener, ‘Lord Of Knowledge  And Death’, to the closing number, ‘All In Your Name’, every inch of this record drips with it" - comments the band. "Mysterium can be seen a collection of meditations and prayers over the mysteries of Faith, directed towards the gods of the left hand path."

Musically, Temple Of Baal's black metal roots are back in full force, allowing the atmospheres to develop through songs of epic proportions, mostly clocking around 8 or 9 minutes each. Mysterium covers a wide musical specter, from slower ritualistic parts, to furious blasts and thrashy riffs or the surprisingly melodic choirs of "Magna Gloria Tua" and "Hosanna", each song taking the listener into a spiritual journey, evolving through various climates, keeping the listener's mind awake. "I never got that much into monotonous, uniform albums" - says band's leader Amduscias. "I like music to take my mind from one point to another. Even if I have a strict view of what Temple Of Baal should be, stagnation is not something I'm very fond of."

The recording of Mysterium took place in Hybreed Studios with long-time sound engineer, Andrew Guillotin (Glorior Belli, Mourning Dawn), who managed to capture the band's trademark massive sounding, magnifying it through a warm and organic production. Cover artwork and layout have been prepared by David Fitt (Aosoth, Secrets of the Moon, Svart Crown) and Maria Yakhnenko.

Paying tribute to their old school roots, Temple Of Baal covers Bathory for the second time, with the song "The Golden Walls Of Heaven" closing the vinyl edition as a bonus track. 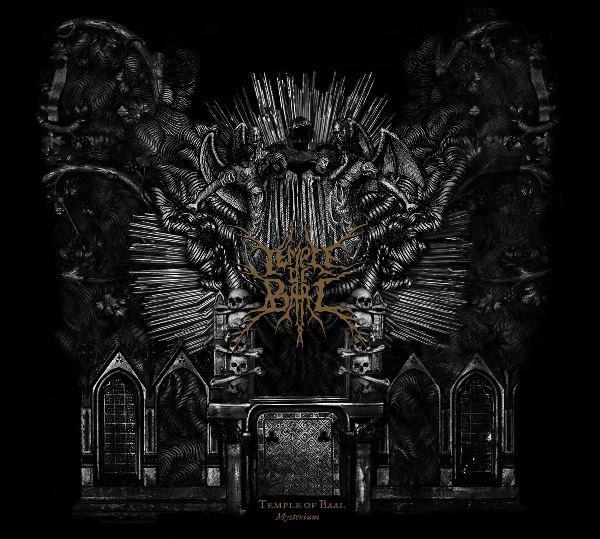 Pre-orders are available at Agonia Records.