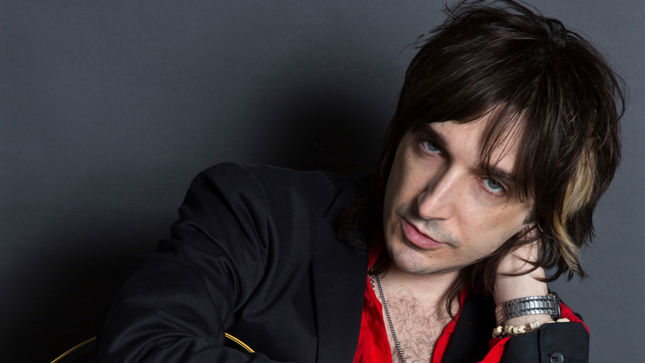 On his decision to recruit Bumblefoot, Carlyle said: “I was looking around for another guitar player and I was like, ‘you know what? Who’s somebody that’s super badass? Number 1. You know, the music always comes first. [And] what’s a name that would raise eyebrows?’ And Bumblefoot definitely fits that bill.”

When describing what it’s like to work with Bumblefoot, Carlyle stated: “He’s a perfect gentleman, sick player and it’s been working out great.”

On his reasons for dismissing Ferrer and Fortus, Carlyle explained: “What was a little tough was some of the attitudes and behaviours behind the scenes were pretty fucking harsh sometimes and after a while they just became more trouble than they were worth. There’s really no other way for me to put it… and it’s a shame because the music [we made together] is great.”

When comparing Ferrer’s and Fortus’ work in other bands to their work with The Compulsions, Carlyle said: “I pretty much know most of their musical history, their careers, what they’ve done and I don’t think they hold a candle to what we’ve done and I think [The Compulsions] was just kind of squandered.”

He also added: “But I’m moving forward. I have a whole new lineup of guys that I’m working on pulling together and hopefully the guys that are on the majority of this new album, I can continue working with in the future.”

For over a decade, The Compulsions have drawn extremely favourable comparisons to legendary artists such as AC/DC, Aerosmith, Faces, New York Dolls, The Rolling Stones and more.

You can listen to Carlyle’s interview at this location (beginning at around the 21:10 mark).