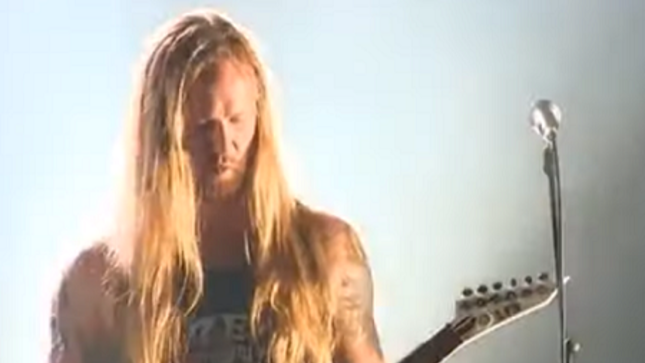 "The power of the internet," laments unholy Swedish deathrace kings The Crown. "An idea was to release this gig as a bonus 'something' with the next album. But since it’s already out there, let’s settle with this YouTube release. Enjoy this pro-recorded Wacken 2019 gig!"

The Crown's setlist at Wacken 2019 was comprised of the following 13 songs: