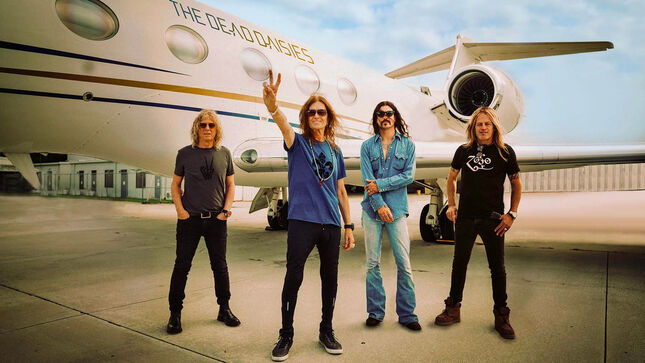 The Dead Daises have a great concert ticket offer underway for US fans. A message from the band follows:

"The Daisies have been out on the road now for a few days and it’s been great to see and play for you again. We’re seeing that times are tough for a lot of people right now and we would like to do what we can to make life a little easier for those who need it. To that end, some of the venues have kindly agreed to create a code so you can bring a friend or loved one along for a night of rock, have a laugh and share the healing power of music.

"As Glenn would say: 'Love is the answer and music is the healer, let’s rock n’ roll together. Peace & Love'.

"Hopefully more venues will come onboard. We'll keep you posted!"

The Dead Daisies have released the second in a series of weekly recap videos from their Like No Other US tour.

Says the band: "Had a blast playing in Rockford & Joliet and the baseball was fantastico. Chillin out in Chicago for a few days and see you in Buffalo on Friday."