news the ghost inside heavy metal 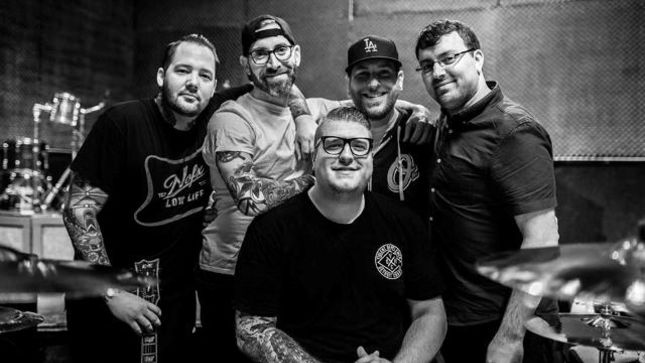 Back on November 19th, 2015 metal band The Ghost Inside's tour bus was involved in a head-on collision with an 18-wheeler in El Paso, TX. The accident left two people dead and 10 people injured. At the time of the accident the band issued the following statement:

“Thanks to everyone who reached out with concern today. The Ghost Inside was involved in a serious bus accident outside El Paso, TX this morning. All five band members + all members of the crew are alive and currently being treated for their injuries. Please keep them in your thoughts as well as their bus driver and those in the other vehicle who did not make it."

The driver of the tour bus, Gregory Hoke, 31, of Round Rock, Texas and the driver of the semi, Steven Cunningham, 64, of Las Cruces, were killed. The Ghost Inside drummer Andrew Tkaczyk later revealed that he lost his right leg in the accident but vowed to play drums again.

Earlier this year they teased a comeback via Twitter, which has become reality. The Ghost Inside has announced their first live show since the accident, which will take place at The Shrine in Los Angeles on July 13th. Tickets will go on sale March 1st. Details to follow.

How's your recovery going? any chance you'll be back to making music guys we miss you feel better

Update: Rising from the ashes for one night July 13. Tickets on sale March 1 at 10 AM PST. pic.twitter.com/BjQw0fJzBd