THE NEW BLACK - "The Black Is Back" 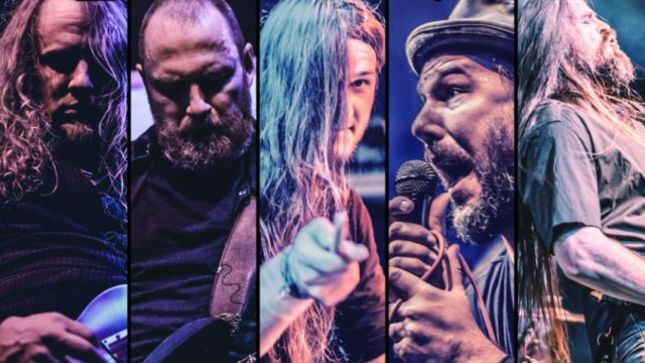 German rockers The New Black have checked in with the following update:

"Ladies & gentlemen, the TNB groove machine springs back into action! Yeah, we know, it’s been a while. After the shows for Monster we decided to take it slow for a bit, and that bit turned into a year. Looks like we needed it.

But now it’s time to play music again. Plain and simple. To start things off, we will return to the place where we did our very first show in 2008. On March 30th, we will play at the B-Hof in Würzburg, Germany. Just us, full-on TNB, long set, no bullshit, just rock’n' roll, and songs we haven’t pulled out in ages. The boys are back in town, baby.

So what was up then in 2018, you ask? We had to recharge, take a breather, and mainly do other stuff in our lives with our limited time. Fabs recorded a solo album, Günt rode his 17 bikes, Flip and Leimsen turned into 'dinosaurs', and Fludid might show up in Hollywood soon.

The last gig was on Dec 7th, 2017 in Stuttgart with Extreme, so 2018 marks the first year in the band’s existence without a single concert. We put together some new songs, an album’s worth, actually, but the new stuff wasn’t exceeding our expectations quite yet. After all, A Monster’s Life set a pretty high standard for TNB #5. Let’s see what we come up with next. There’s always a riff or three flying around. And we want to play. It’s all about having fun, right?"