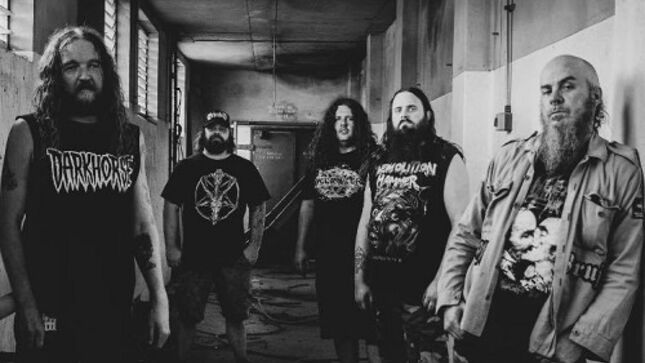 Bitter Loss Records has announced April 30th as the international release date for Within Death - the debut album from Australian old-school death metal band The Plague - on CD and Vinyl LP formats.

Formed in 2016 in Sydney, The Plague self-released their debut EP, Mass Genocide, in 2017 and thereafter spent a great deal of time as a force on the live front, supporting Angelcorpse, Master, Entombed A.D., and Ensiferum among many others. And while Mass Genocide is a monster in its own right, The Plague make their ultimate first statement on Within Death.

Find out for yourself with the brand new video for "Spawn Of Monstrosity":

Pre-order your copy of Within Death at this location.