THE PRETTY RECKLESS Get Into The Halloween Spirit 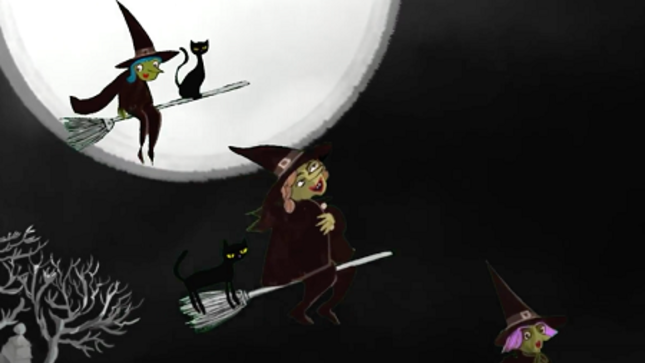 Happy (Early) Halloween from The Pretty Reckless! Check out the creepy and cool Halloween track "Broomsticks" and stay tuned for some very important updates from TPR after you've consumed your Halloween candy...

The Pretty Reckless recorded an intimate and at-home acoustic performance of “Death By Rock And Roll”, which is now available for streaming at all outlets. Get it here, and watch the video of the stripped down performance below.

"Death By Rock And Roll" is the fifth #1 single of The Pretty Reckless' career. The band also has the incredible and impressive distinction of being the first female-fronted band to have back-to-back #1 singles at the active rock format and the first female-fronted act to have five #1 singles on the US Billboard chart. Singer Taylor Momsen discussed these accomplishments and more in an exclusive feature at Forbes.