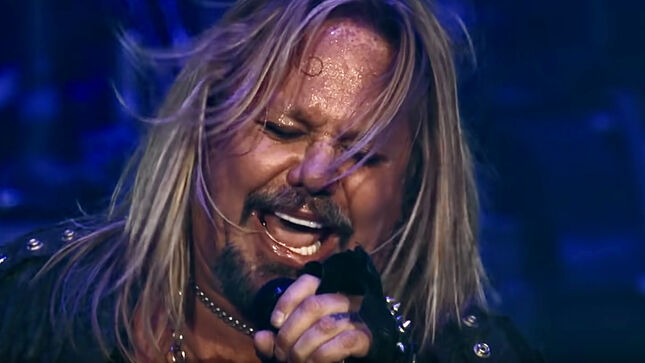 The official synopsis of the film reads, “In The Retaliators, an upstanding pastor uncovers a dark and twisted underworld as he searches for answers surrounding his daughter's brutal murder. A high-octane original soundtrack and cameos from some of the biggest names in rock music set the tone as this horror-thriller reveals a game of revenge played using a new set of rules.”

“Since early days of production, we’ve always thought FrightFest would be the perfect place for this film to make its premiere,” said Dan Waite, Better Noise’s President, from the company’s UK office. “The Retaliators is an unapologetic horror film at its core, and we’re thrilled that Paul McEvoy and the rest of the FrightFest team understand our vision and have extended an invite for this story to be a part of its epic legacy in the genre. We also look forward to further bridging the relationship between rock music and horror film with this project, as so many world-class musicians are directly involved and are already supporting our filmmakers so loudly.”

The film joins the company of other esteemed genre titles that have been honored with special screenings at the festival in past years, including Academy Award winner Guillermo del Toro’s cinematic classic Pan’s Labyrinth and projects from Rob Zombie, Simon Rumley, Christopher Smith, Eli Roth, Neil Marshall, Simon Hunt, and more. Del Toro, went on to deem the fest "The Woodstock of Gore.”

The Retaliators has been receiving buzz since last year due to its rockstar-heavy original soundtrack. Five Finger Death Punch, Tommy Lee, Papa Roach, The Hu, Ice Nine Kills, Escape The Fate are just some of the many big music names who appear in cameos onscreen in the film and feature on the soundtrack. The project has already spawned smash hits, including Five Finger Death Punch’s current U.S. radio #1 hit single “Darkness Settles In,” which last week tied Billboard’s record for most consecutive number ones from a rock act in the chart’s history. Other music from the track listing include Papa Roach’s recent #1 active rock radio single "The Ending (Remastered)," Escape The Fate’s high-energy collaboration with Lindsey Stirling “Invincible,” Bad Wolves’ “Learn to Walk Again,” From Ashes to New’s “Scars That I'm Hiding (feat. Anders Fridén of In Flames,)” The HU’s “Wolf Totem (feat. Jacoby Shaddix of Papa Roach,)” All Good Things’ viral and top 5 radio hit “For The Glory (featuring Hollywood Undead),” Cory Marks’ critically-acclaimed country-rock foot-stomper “Blame It on the Double (Featuring Tyler Connolly of Theory of a Deadman and Jason Hook),” and Eva Under Fire’s new anthemic head-banger “Blow (featuring Spencer Charnas of Ice Nine Kills).” The official music videos of these tracks tease footage from the film, welcoming fans into the gory, cinematic world of The Retaliators.

Better Noise Films recent successes include Netflix’s The Dirt, the Mötley Crüe biopic produced by Allen Kovac, which premiered to millions on the streaming service in 2019. Last year, Better Noise released its indie drama Sno Babies, a heart-wrenching story about addiction that earned rave reviews for actress Katie Kelly, who also appears in The Retaliators.